Ah good right in the centre of the town, and close to the river. Should be great for MuB!

also crawf did the link wrong:

Err don't know what happen there. Thanks anyway
Top

wilkiebarkid wrote:I'm not sure if this one has been posted before but it is well and truly under way and is supposedly a development in the vicinity of $94m.

The new "Murray Bridge Market Place" (name to be confirmed) will include:

Seems to be a pattern emerging here

Such variety, if you don't like the price of TVs in DSE you can go to BigW

The monoculture shopping experience is because the developer is Woolies under their Fabcot subsidiary - they aren't just leasing space there, they will actually own the property. From that flyer:


Fabcot Pty Ltd is Woolworths’ own in-house Retail Property Development division and has a track record of delivering successful and sustainable centres for both specialty tenants and major anchors. The success of a centre, for both landlord and specialty tenants, is an important consideration for all Fabcot projects.

To their credit, it does include an 1800 sqm public library, located on the lower floor on the river side - does the site slope down towards the river, or will the library actually be underground?
Top

XYZ Marketplace is a Woolies brand common in regional centres across the country. They've recently shifted away from the uniform branding shown below to remove the chain mall look.

^^There is also the Unley Shopping Centre, which has the 'Marketplace' brand.
Top

Ah, the illusion of choice.
Top

Any news on this proposal?
Top

rhino wrote:I would like to know what is going to sustain this growth. Any ideas?

In regards to public transport to Murray Bridge - once the Adelaide Metro network is standard gauge, how hard would it be to have trains going to Murray Bridge and sharing the freight line? It could be run similar to the Belair line with passenger trains pulling into passing loops...
It would be great if the government got serious about country passenger trains. Think of the reduction in the road toll for one and the reduction in traffic overall if we had a good country system again
Baytram 366's Flickr: http://www.flickr.com/photos/34520752@N07/collections
Top

baytram366 wrote:In regards to public transport to Murray Bridge - once the Adelaide Metro network is standard gauge, how hard would it be to have trains going to Murray Bridge and sharing the freight line?

Not practical, for the same reason that passenger rail to Mount Barker is not practical: journey time. Even if you upgrade the line between Murray Bridge and Mount Barker to facilitate faster speeds (unlikely to happen), you still have to contend with the slow speed alignment through the hills, which simply cannot compete with a bus along the freeway. How many trains a day would you envisage? How many carriages per train? Is it worth the cost? No. I am pro-rail, but there is no value for money in extending pax rail to Mount Barker or Murray Bridge, as a commuter service.
cheers,
Rhino
Top 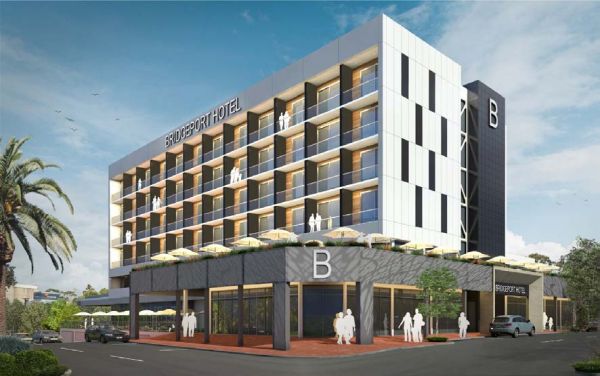 I wonder how much the new Tailem Bend Motorsport Park is influencing this? My understanding is that there isn't much in the way of hotel accommodation in and around the track
"All we are is bags of bones pushing against a self imposed tide. Just be content with staying alive"