The render still looks more like 21 levels. 17 above a podium of 3-4 plus rooftop area.
Top

Good space filler and density booster, but I wish the design could have been a bit more interesting than a bland rectangular prism. Even the old AON Centre next door has that funky angular design and distinct blue colour going on.
Now you're playing with power.
Top

how good is he wrote: ↑
Sat Feb 16, 2019 11:41 am
The article also says “Construction of the 83 Pirie tower will kick off once the developer has secured a sufficient pre-commitment.” So now it’s up to the market if/when it happens. These 30,000 sqm new A Grade offices will be competing against other new proposed A grade buildings like Festival Tower, 200 North Tce, Wakefield St and a few others. Does the forum think there is/will be the demand?

I think this one is most likely to go ahead of all the above projects because of its very good location.
Top

I really like this development, rate it far more highly than the Festival Plaza tower (which I would still be happy to see not go ahead). Whilst I have concerns about whether Adelaide needs this kind of premium office space, yet, I'd rather see this go ahead than end up stalling in favour of lesser, cheaper developments.

This kind of highlights the whole idea of less is more, which is something Adelaide should be heading towards. Perth, for example, doesn't have a very dense skyline but what it does have is a lot of its business sector piled into a few taller office buildings across its CBD. It would be great so see some of the smaller more dated buildings replaced along KWS, Grenfell, Currie and Pirie Street(s) in favour of these kinds of developments. Further to that, have our state government trying to encourage the business sector to set up in the CBD rather than on the fringe of the city (i.e. Greenhill and Fullarton Road(s)). As someone who is known on here to not really give two hoots about building height but rather the quality of buildings themselves, the whole idea of building up rather than building more would certainly help preserve what heritage components our CBD does still have left.
Top

Woods Bagot director Thomas Masullo highlighted that the building's design was intentionally restrained to complement the existing streetscape and nearby heritage buildings.

Don’t see how this tower complements the existing buildings. Perhaps up to the podium, but it looks bland. The tower section is also not inspiring. Too much restraining I think.

This allotment deserves better in design and in height. There aren’t many allotments in the CBD where you can build a nice tower and this is one of them! Woods Bagot could’ve done better.

I would like to have seen more setbacks.
Any views and opinions expressed are of my own, and do not reflect the views or opinions of any organisation of which I have an affiliation with.
Top

Plasmatron wrote: ↑
Sat Feb 16, 2019 12:04 pm
Even the old AON Centre next door has that funky angular design and distinct blue colour going on. 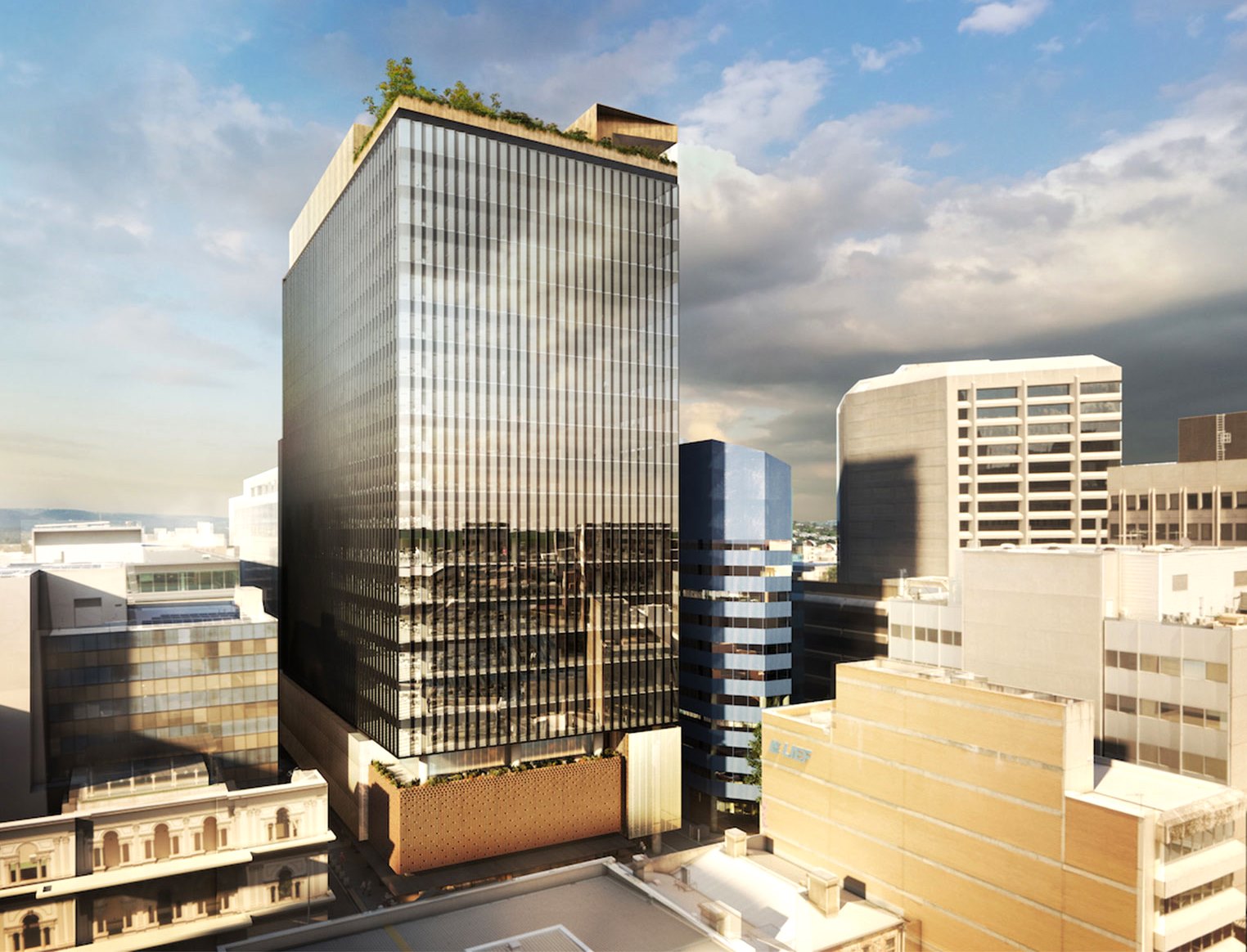 Not saying it shouldn't go ahead, but it's just as boring as 42-56 Franklin Street. Surely prospective A-Grade tenants care about design prestige as well as large contiguous floor-plates? I think developers are underselling the market; when there's so many similar competing proposals, it might actually be an idea to stand out through architecture.

Though, again, Pirie St would be pretty transformed if both this and the hotel a few doors down were built.
Keep Adelaide Weird
Top

A slightly smaller floor size more angles and curves and making building 120m+ would be a start. The state development commmision/panel should tell developers that square boxes will not be approved without exceptional design will get some off these cookie cutter architects and developers thinking outside the square.
Top

Boring looking cube with a shocker of a podium. Not happy about this one

Also that render shows 22 levels as per original DA. So unsure why the 17 levels is being quoted in articles. Possibly because of car parking levels ect
Top 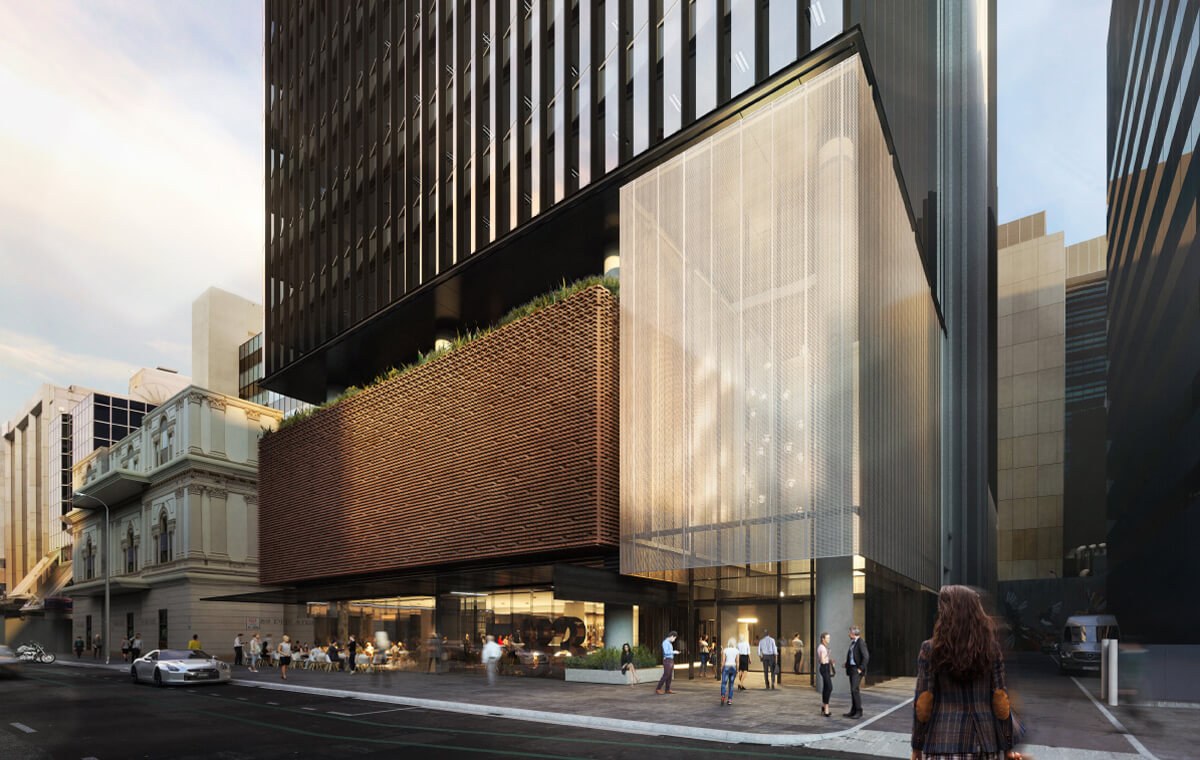 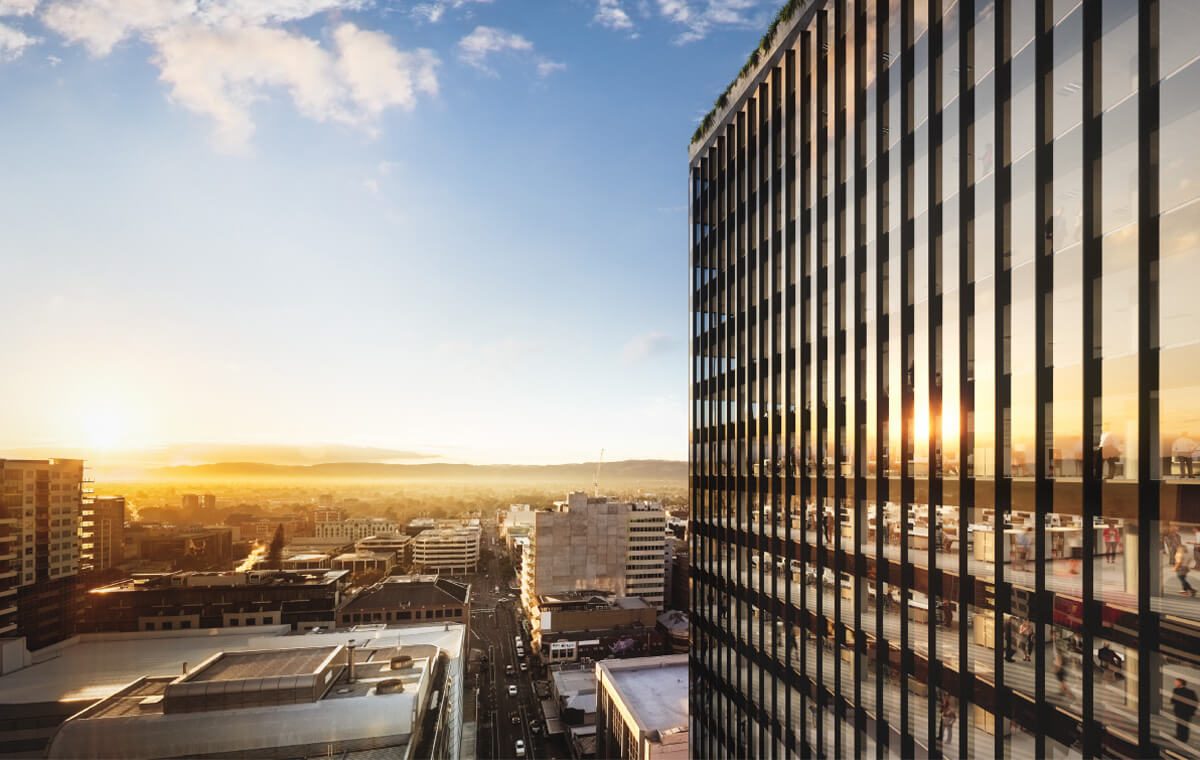 Well the podium looks a little better from that angle!
cheers,
Rhino
Top

It just looks like Bendigo and Adelaide Bank Mark II.
Any views and opinions expressed are of my own, and do not reflect the views or opinions of any organisation of which I have an affiliation with.
Top

We say this a lot but really this is a prime spot for a much taller building as the latest render in context shows. I sometimes wonder if we were more strict on having setbacks whether that would influence taller/more interesting designs.