The Coffee club have been secured. There's rumours about a smaller Woolworth store also being a tennant
but I haven't seen anything definite about this.
Top

ghs wrote: ↑
Mon Jan 07, 2019 11:06 pm
The Coffee club have been secured. There's rumours about a smaller Woolworth store also being a tennant
but I haven't seen anything definite about this.

Woolworths pulled out of the deal some time ago, I suspect due to their decline in recent times.
Top

The developers of the $300 million West Franklin project are seeking to change its community plan to allow it to build above the old Balfours brick facade on Morphett St, which was agreed on being retained as public open space.

Nicho Teng managing director of Greaton, who are the project developer, told The Advertiser the change would mean the project builds on the character of the historic facade as the development enters its second phase.

“We had a new design proposed by Hassell that maximises usage and functionality of the precinct,” Mr Teng said.


The West Franklin apartment complex being built at the corner Franklin and Morphett streets, Adelaide. Picture: Naomi Jellicoe
“The plan is that we are still keeping the facade but we will cantilever the building on the top.

“The current Balfours site, especially the loft has been there vacant for a while.

“It is not good for the community for this to continue.”

Plans for the new proposal that have been circulated have the building as 13 storeys, 52m, high.

But The Advertiser has been told owners of the Altitude and Gallery apartments at the Western City site did not give a majority support to an amendment of the community plan.

“We did an information night for residents in the two buildings,” he said.

“I believe in delivering a project that really enhances the area, this (the new plan) will open up the plaza and the square.

“It’s more connectivity for the site.”

The current plan for the West Franklin development includes a two-tower complex providing accommodation for more than 1000 people and is set to be completed this year.

it also includes a supermarket, although one is yet to be signed up, cafes, retail shopping, a rooftop bar, golf simulator, swimming pool, gym and steam room.

Greaton purchased the 5000 sqm site from the Adelaide City Council in 2014.
Top

I was just about to say... "investigative journalism" is amazing, isn't it!


Greaton are delighted to advise that both “Practical Completion of the Apartment Works” and “deposit of the Community Plan” have now been achieved in accordance with the terms and conditions of your sale contract.

Accordingly, we confirm the following key dates for your information and action:

1. The date of “Practical Completion of the Apartment Works” was 8 February 2019;

3. Pursuant to your sale contract, the “Settlement Day” shall be 14 days from the date of this Settlement Notice, namely Monday, 25 February 2019.

All temporary fencing is gone and some plants on corner of foot path - hope some one waters them in the hot weather.

New cafe at West Franklin. There is still one space up for lease. 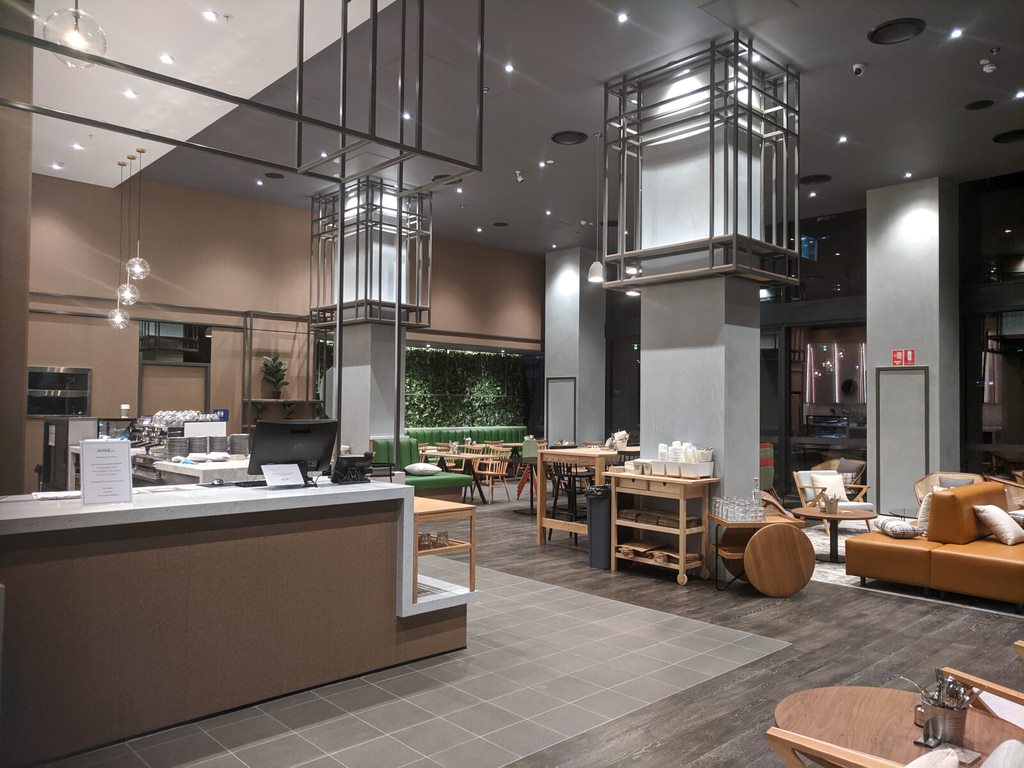 Part of this development is now a hotel. AVANI HOTELS

Oozing with appeal, our brand new Avani Adelaide Residences provides the perfect mix of design and comfort. With the city at your fingertips, immerse yourself in the city’s cultural beauty or taste your way through its award-winning restaurants. Once you’re finished out there, relax in your room or take advantage of one of our on-site activities.
76 stylish suites
Heated lap pool
Outdoor podium area with barbeques and lounges
Gym, steam room & sauna
Cinema
Library
Golf simulator
T:+61 8 8470 7050
Parking: $25 per night. We recommend pre-booking to guarantee your space
Top

ghs wrote: ↑
Mon Jan 07, 2019 11:06 pm
The Coffee club have been secured. There's rumours about a smaller Woolworth store also being a tennant
but I haven't seen anything definite about this.

Woolworths pulled out of the deal some time ago, I suspect due to their decline in recent times.

The smaller Woolworths store would of been their Woolworths Metro store, which apparently has been the best performing component of the company in the last 5 years.
I heard this from some Woolworths 'higher-up' before I left the company, so If we take this as a fact, I am surprised to hear Adelaide does not have one at the moment.
Side note, the are quite the convenient little supermarket to have when you work, live or study in a city.
Top

I'm still amazed that there's been no attempt at setting up a Woolworths Metro or Coles Express at the Adelaide Railway Station (or in the underpass / Station Arcade).
Top

Nathan wrote: ↑
Thu Nov 07, 2019 9:57 am
I'm still amazed that there's been no attempt at setting up a Woolworths Metro or Coles Express at the Adelaide Railway Station (or in the underpass / Station Arcade).

^ Absolutely this. I would have thought it would be a no-brainer. Perhaps there isn't the space for it - I'm not really sure what square footage does and doesn't exist off of the concourse/underpass.
Top
Post Reply
391 posts

Users browsing this forum: No registered users and 18 guests