I'm actually quite a fan of the building. It has an archaic sandstone like look and so stands out from the usual glass towers. That said it's too easy for it to quickly look old and dated, so it's finish will have to be spot on.
Top

Babe this is Adelaide. There aren't an abundance of glass towers and lots of blank walls and towers hitting the 50/60M range. This is a lot like the rest of the average fodder we've been getting. I love the amp in development in our city but I would love to see a design lift. We are better than this, no matter how 'decent' it turns out to be. We are much better than decent.
Top

An update picture taken roughly in the same location as Norman's picture on previous page. - now at level 9 on 8/5/17. Notice how the rear section slopes inwards from level 6 upwards.

another view from last week

Good work on all the photos you've posted Prodical.

I do like the shape of this from that angle. It will look a lot better once windows are in place. It makes a great impact. One thing I will say is this would have looked a lot more striking with dark glass finish but hey. Happy to see it look better than originally thought.
Top

And still so much more scope for development!

I'm really liking how this is turning out, too. I was always interested by its shape, and the materials used so far represent the design well.
Keep Adelaide Weird
Top

SRW wrote:And still so much more scope for development!

I'm really liking how this is turning out, too. I was always interested by its shape, and the materials used so far represent the design well.

And with West Franklin and possibly 124 Franklin going up there the fun's only just started. But the most impressive thing is it's occurring in a quarter of the city where there just isn't much to the area yet. So if these developments are getting up now just wait until the businesses move in and activate the street level. Would be a no brainer to run a tram through there to kick things off, and perhaps close off a couple of streets for a mall.
Top

Algernon wrote:Would be a no brainer to run a tram through there to kick things off, and perhaps close off a couple of streets for a mall.

This one looks quite good in person IMO. I wouldn't want a whole city full of them, but for a (presumably) cheaper build it looks like some thought has gone into the design. Lol, it really is such a strange building. I have to walk back some of my earlier comments - it is getting better as its presence builds and you start to better understand the vision. Reserving judgement till it's finished. I am hoping the variation in pre-cast panel colour settles over time too but it's not looking promising!
Top

Windows are starting to go in 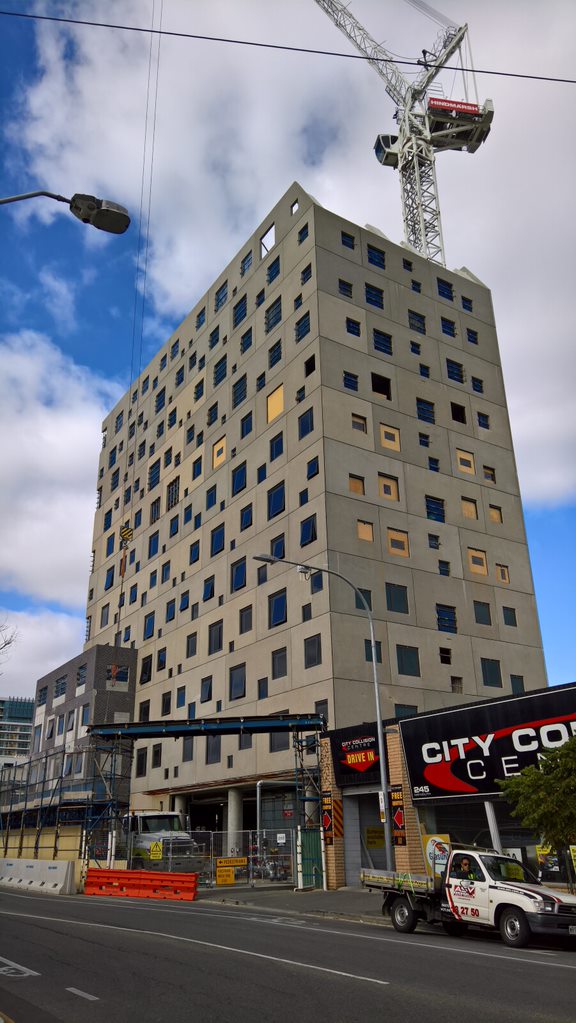 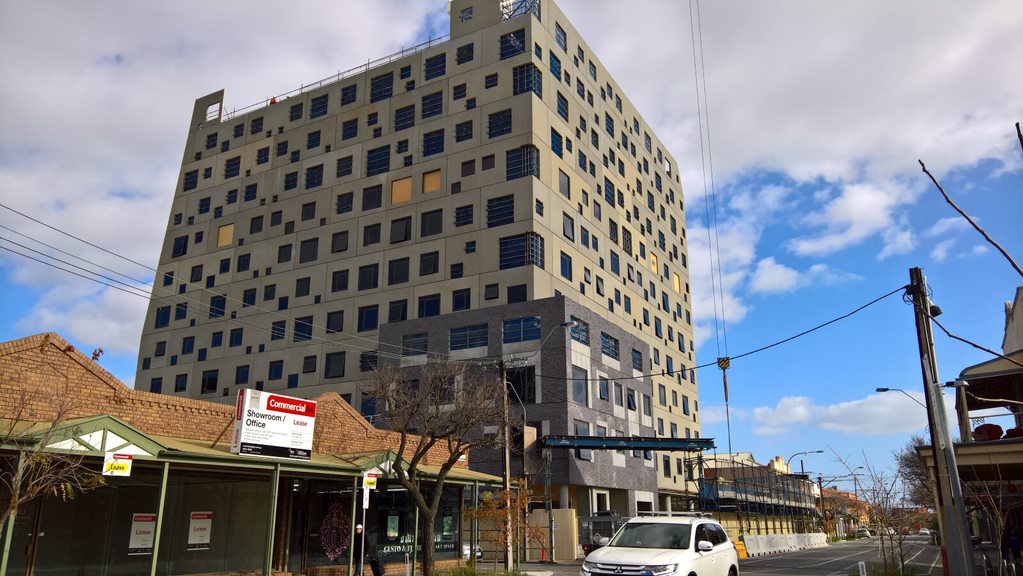 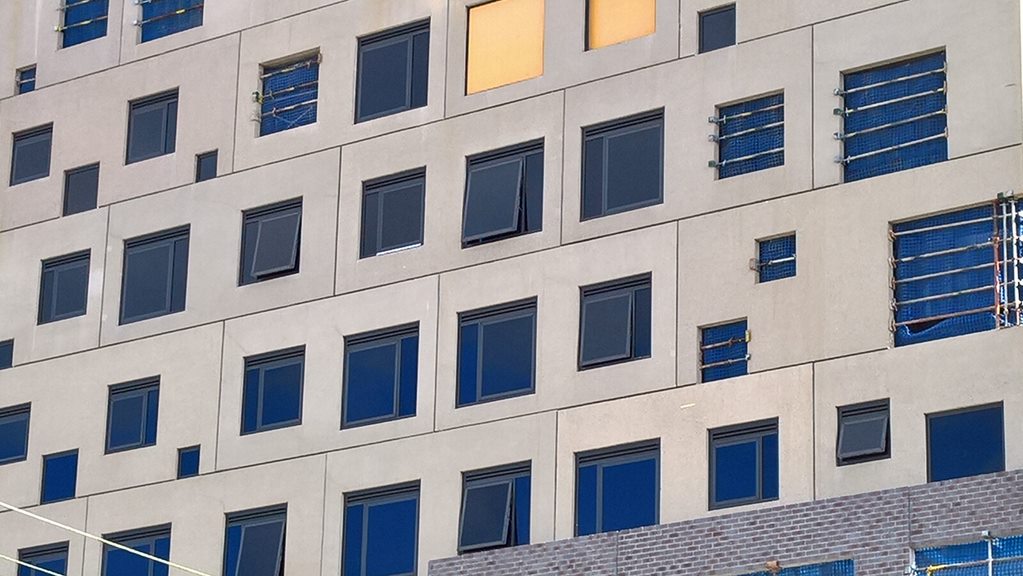