Everyone has different taste, no need to take it so personally.
Top

This project is being advertised on front fence at Kodo site in Angus St.

Looks like a concrete exterior on the sides that won't be painted?
What looks to save this will be the finish of the balconies, etc. They do look good in the renders. I hope they translate well enough when built.

I would love it if the new renders could include this next to Kodo, seeing as this is stage 2 (in a way). Being 80m it will have a decent impact on the area.
Top

rev wrote: ↑
Tue Jan 29, 2019 12:55 am
If the parklands are so important why dont they put it to a vote state wide? Or are they afraid the majority will back this hotel..

Holy crap, that was quick.
Top

Is that the yellow brick building on Penny Place? Is the building on the corner of Carrington St going as well?
"All we are is bags of bones pushing against a self imposed tide. Just be content with staying alive"

Update 15/12/2018, picture from rear (as above). Demo is nearly complete, just a matter of clearing up the rubble.

Good height up against Kodo, giving more depth to the skyline in this area. 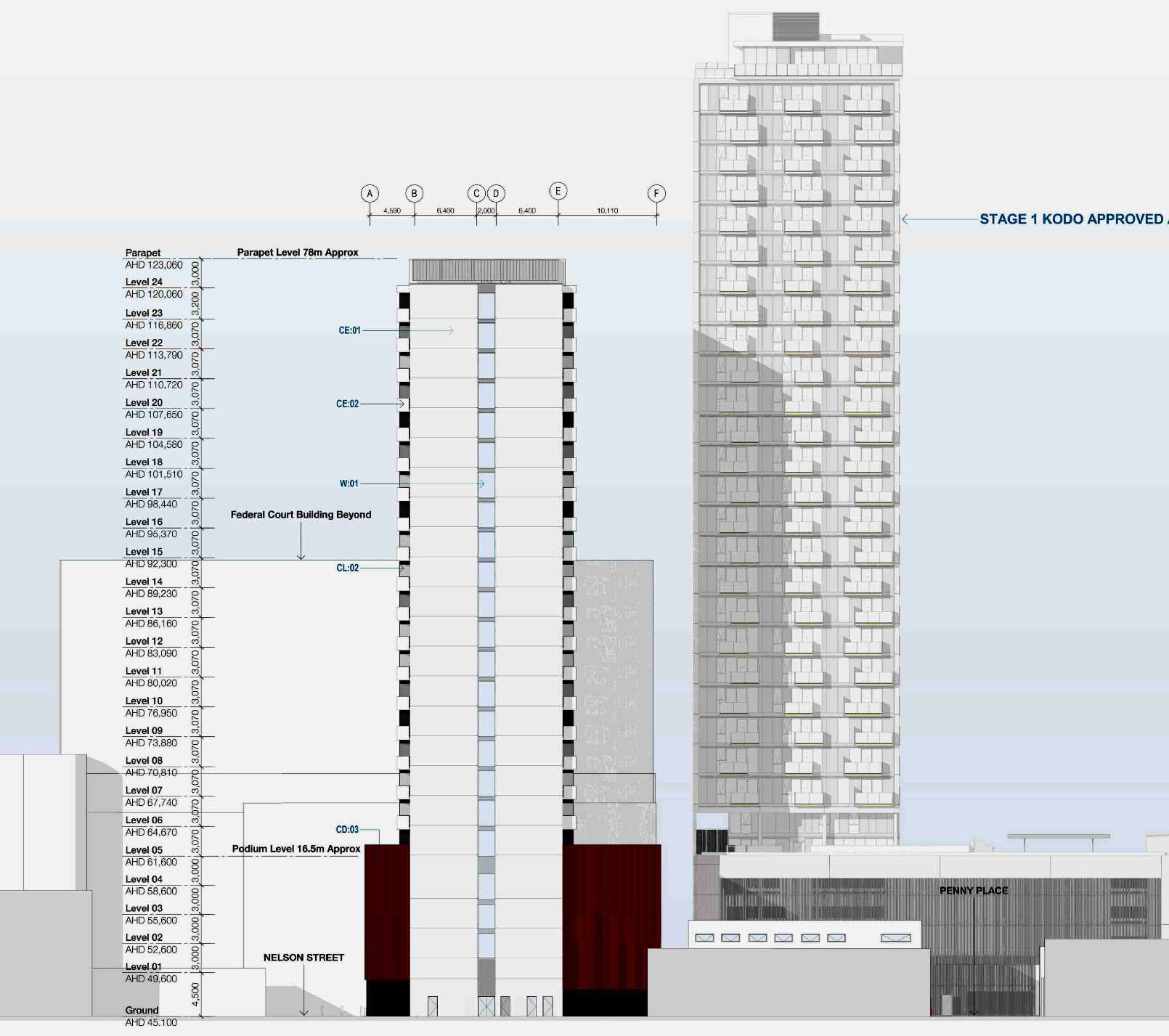 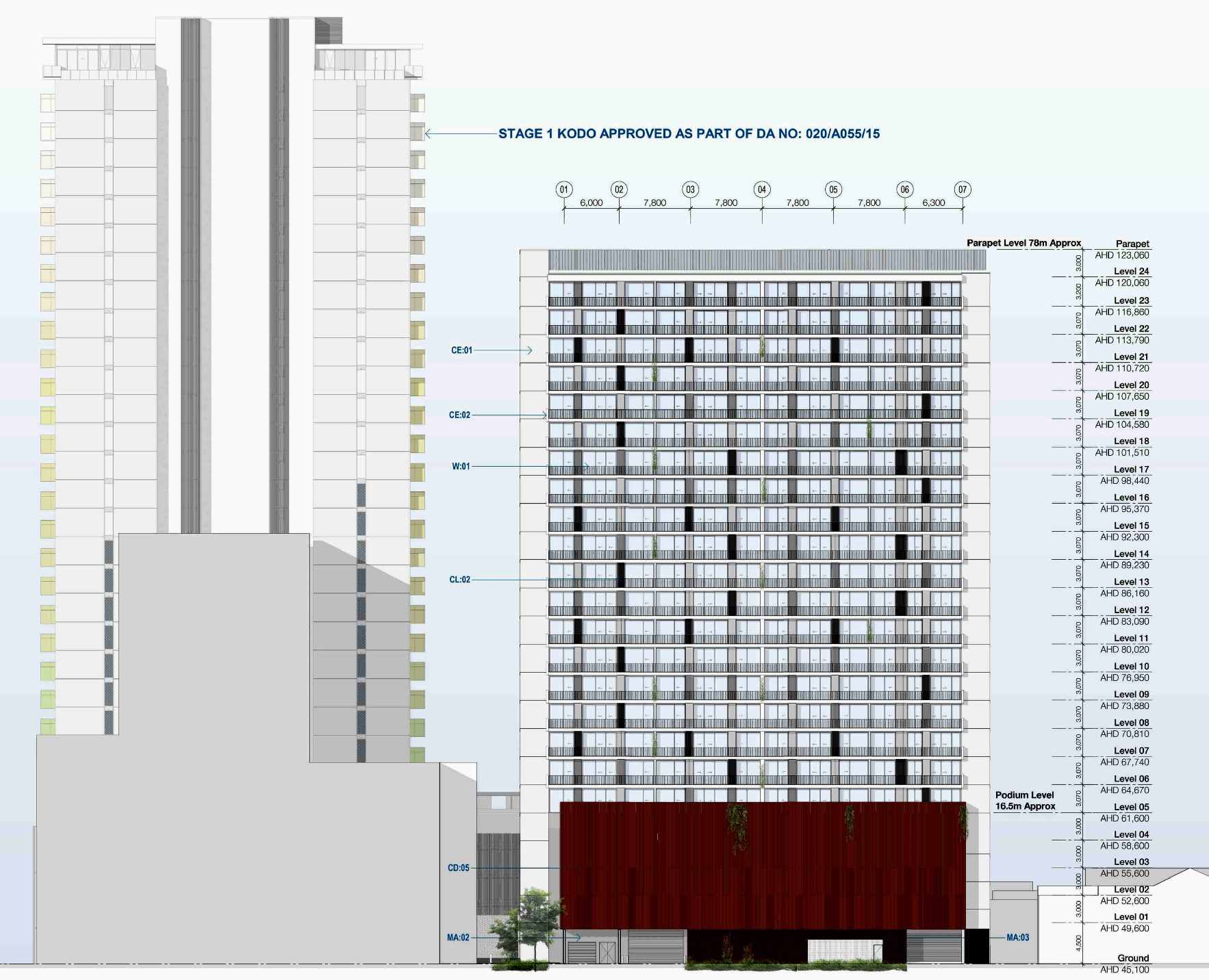 Being such a wide building from the west/east, it should compliment the similar built forms of the SGIC Building and Hilton Hotel in Victoria Square, when viewed from the airport.
Any views and opinions expressed are of my own, and do not reflect the views or opinions of any organisation of which I have an affiliation with.
Top

Kerry Stokes-backed developer accuses top SA lawyers of ‘vexatious’ legal action against $48 million apartment tower
Renato Castello, Urban Development Editor, The Advertiser
an hour ago
Subscriber only
A collective of some of the state’s top legal minds is battling a Kerry Stokes-backed developer over the construction of a neighbouring $48 million apartment tower.

In an application filed with the Environment Resources and Development Court, Bar Chambers is seeking unspecified damages from Flagship, and builder Maxcon, claiming they failed to take “necessary precautions” to “minimise harm” to neighbours during demolition works of the existing four-storey building.

Bar Chambers also claims that Flagship — which is majority owned by Stokes’ Seven Group — conducted demolition in breach of its approval.

It is also claiming, in a separate court action against the State Planning Commission, that the proposed Penny Place tower, comprising 152 apartments next to the Federal Court building, should never have been approved.

Flagship and Maxcon have denied any wrongdoing and that the demolition complied with conditions of their approval.


Flagship’s Penny Place apartment tower would sit behind Bar Chambers (bottom left) off Carrington Street
Mr Hoffman QC said in an affidavit filed with the court that he had “personally observed” on “numerous occasions” between November 10 and December 12 site works happening before the approved 7am.

“On 13/12/18 the second respondent (Maxcon) or its contractor was working on site from 6.30am and had blocked Nelson Street with a … truck loading scaffolding,” he said.

“Jackhammers were operational from 6.50am. As to the use of water … on no occasion to my observation has the site been sprayed with water. Only very limited water spray has been used while actual demolition appeared to be underway.”

Lawyer James Roder, acting for Bar Chambers, wrote to the Crown Solicitor’s Office on December 5 claiming Flagship had “fragrantly (sic) breached” conditions of its approval, including claims a contractor had use the site “as if a quarry”.

Noise and vibration monitoring by consultancy Sonus, over four days in December, found noise levels did not “promote a healthy, comfortable or productive environment”, according to a report lodged with the court.

Bar Chambers has separately sought an order quashing approval of Flagship’s initial proposal claiming that the project was “miscategorised” for public notification purposes.

A spokesman for Flagship said Bar Chambers’ legal action was “vexatious” and that the company had fulfilled its requirements.

“It’s a shame that the neighbouring lawyers wish to waste the court’s time … from what is a very valuable development for the people of Adelaide,” he said.

Mr Hoffmann and Mr Roder did not respond to requests for comment.

[Shuz] wrote: ↑
Tue Jan 29, 2019 6:56 pm
Being such a wide building from the west/east, it should compliment the similar built forms of the SGIC Building and Hilton Hotel in Victoria Square, when viewed from the airport.

Shuz it’s “complement”. Actually it’s not that much wider than the Kodo tower. In respect to SGIC and Hilton it’s taller. A good thing hey Shuz?