All high-rise, low-rise and street developments in the Adelaide and North Adelaide areas.
Post Reply
1662 posts

An information session will be held in the Square on Thursday 20 May, from 11:00am to 2:00pm. This is an opportunity for you to learn more about the draft Regeneration Masterplan and have an informal discussion with the project staff.

i think i'll attend this session - anyone interested in tagging along? i'm not sure where it will be held though...

Oh to be there! Wayno, could you post anything that will be of interest. (or by 'private message' if you think that more applicable)
i'll take minutes

The video is now available in HD. From the circus3d Youtube channel:

Check out the crazy lazy dancing and the guy who cop's a feel at 45 secs. Noice.
Top

frank1 wrote:i still don't quite understand why this is going to cost 100million

It does seem excessive.
I still prefer the Riverside precinct upgrade if there is an injection of ACC (plus others) dollars available. It has more potential for a wider range of year-round activities and integration with adjacent public and private facilities.

I have always found Victoria Square windswept and uninviting, with the roads being a huge barrier to access and connection to its surroundings. This plan does attempt to address some of these but will people flock to this location?

Whether the plan goes ahead or not, the entrance (and signage) to the Central Market from Vic. Sq. needs a major upgrade.
Top

The more I think about it the more I would like to see the Grote/Wakefield crossing removed and no underpass built. I really don't see why there is so much fuss when there are plenty of other streets traffic could be diverted too, like Franklin/Flinders Street. Pedestrians are meant to rule the city, not cars

Franklin Street is an emerging business strip, so the street could become a major public transport route
Top

crawf wrote:The more I think about it the more I would like to see the Grote/Wakefield crossing removed and no underpass built. I really don't see why there is so much fuss when there are plenty of other streets traffic could be diverted too, like Franklin/Flinders Street. Pedestrians are meant to rule the city, not cars

Franklin Street is an emerging business strip, so the street could become a major public transport route

I agree with you crawf...I have said this before Rundle Mall was closed off from traffic in late 1973 (37 years ago) mainly because of congestion caused by pedestrians.

People complained and vehicle traffic had to find "alternate" routes, but 37 years on it has proven to have been a good decision.

Make Vic Square a Square for the people, this means no cars...
Top

Crote/Wakefiled crossing should definately be closed off, however this is not a big issue in the scheme of things. Its a relatively small section of road and its passage does not depend on access to either Grote or Wakefield (as there is a dual access from KWS sections of the suare), thus it shouldn't be a big cost exercise to close it off in the future when everyone realises it should have been done in the first place. The important thing is that this development goes ahead and work actually begins ASAP so that Adelaide can put Victoria Square's recent poor history in the past and breath some life back into geopraphical centre of the city!
Top

I have little doubt that the city would continue to function as normal without a Grote/Wakefield thoroughfare - the horses and carts of simpletons trying to find their way from one side of town to the other would still make it to the vacuum bag store on Wakefield (or whatever limited-patronage stores are hidden down there) or to the Markets.

When there's a proper study done that shows conclusively the effect on customer numbers along Grote/Wakefield we might restore some sense to the debate rather than have shouty types bleating about purely anecdotal or non-existent evidence of their trade-ending concerns.
Top

DEVELOPMENT in the city centre must be targeted to fill in empty tracts of land that leave cityscapes looking like "teeth with gaps in them", business leaders say.

Large vacant lots in Franklin and Gouger streets, in particular, have attracted the ire of pro-development figures. Business SA chief executive Peter Vaughan said it was "unbecoming" to have such patchy development in a capital city.

"What we don't want in this city is empty patches of land dotted around," he said. "It makes the city look like a mouthful of teeth with gaps in them."

"This is why the State Government took planning approval for developments over $10 million out of the council's hands," he said. "Developers' time is money. The classic example is the Le Cornu site, which lay vacant for 22 years.

"Anything that encourages development in the city is to be applauded. We've got to make this city an attractive, vibrant place where people are happy to come and engage."

Property Council SA executive director Nathan Paine said the global financial crisis had stalled city development. "Many of these sites either have a development approved for them or are on the market for a tenant or finance," he said.

Councillor and Development Assessment Panel member Stephen Yarwood said: "The reality is there are huge amounts of underdeveloped land. There are warehouses, vacant buildings and land that could be put to much more appropriate use.

"It's frustrating fringe development is going ahead hammer and tong, and we aren't unlocking the potential of the city."

If you want some suicidal tendencies to go with that, read some of the Adelaidenow commentors below
Don't burn the Adelaide Parkland (preservation society)
Top

DEVELOPMENT in the city centre must be targeted to fill in empty tracts of land that leave cityscapes looking like "teeth with gaps in them", business leaders say.


NOW hang on.... weren't all these vacant plots of land cleared to build towers that had been approved by the council, only to be abandoned by developers who couldn't find financial support??? Talk about a missed target.

EDIT: Hang on, why is this in the Vic Square thread?
Exit on the right in the direction of travel.
Top

Because the Tiser accompanied the article with a picture of Vic Sq for some reason.
Top 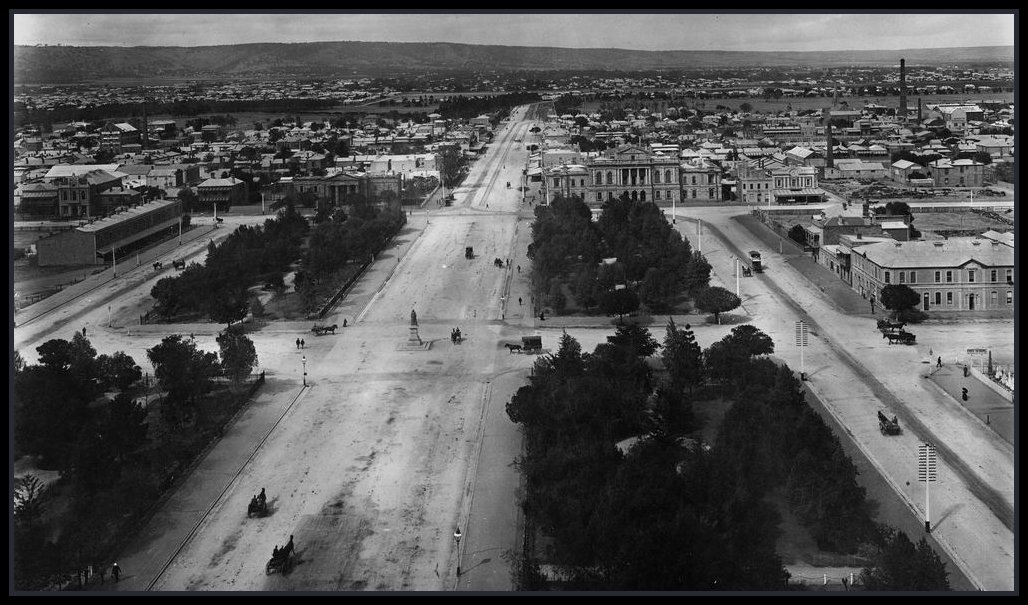