All high-rise, low-rise and street developments in the Adelaide and North Adelaide areas.
Post Reply
1099 posts

A new Adelaide Festival Centre Walk of Fame will be a feature of the redevelopment of the Riverbank precinct.
The Walk

... will act as an East-West promenade along the River Torrens side of the complex, providing pedestrian access to the Dunstan Playhouse and the Festival Centre.

Stars on the Walk will be extended annually.

Cast your vote (by July 9) for one of the many artists who have appeared at the Festival Centre in 2016 (see link below).
You can also check out the long list of artists (already chosen by critics and popular vote each year from 1973 on) who will feature on the Walk of Fame.
Interesting list!

South Australia will have its very own Walk of Fame, as part of Adelaide Festival Centre's redevelopment project.

The star-studded walkway will initially include more than 130 names of some of the great artists that have graced the stages of Adelaide Festival Centre.

A selection of the brightest stars from Adelaide Festival Centre’s 40-year history (1973–onwards) has been chosen.

Does the re-development include the area in front of the convention centres, up to the bridge?
Top

Not at this stage.
Top

An up date from today Tuesday 22 Aug. 17. The site is now rather muddy. Piling is continuing in front (north side ) of the casino.

28/8/17- An update of north - east corner of the Festival Theatre. Hopefully the air conditioning stack will be enclosed. The plaza behind Parliament House has now been enclosed with 'Build' name on the fence.

EBG wrote:28/8/17- An update of north - east corner of the Festival Theatre. Hopefully the air conditioning stack will be enclosed. The plaza behind Parliament House has now been enclosed with 'Build' name on the fence.

There's a wall of LED screens concealing the stack, is there not?
Top 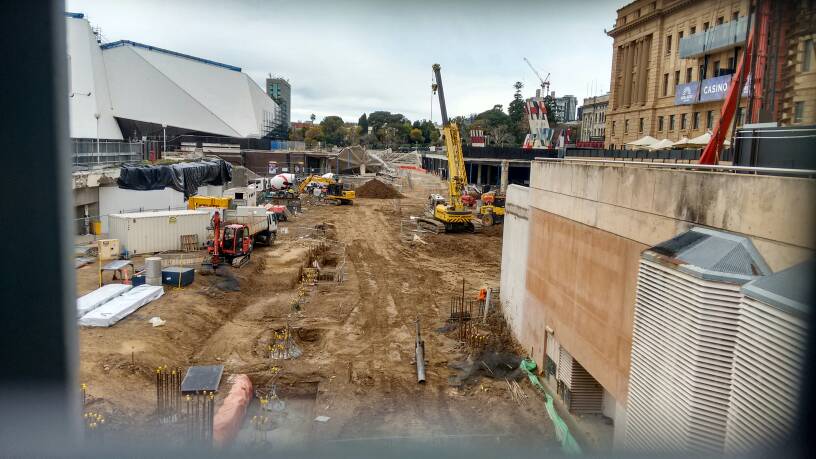 Our state, our city, our future.

Here is a picture from the other side (ie from King William Road). This site is getting hard to get a decent picture because on the western side ,where Chillyphilly took his picture, there is a wire fence with very narrow gaps ,and the King William St side there is now a high fence from the Parliament building all the way down to the northern end of the Festival theatre. The main entrance off King William Rd is now limited to construction vehicles only. Pict 4/9/17. 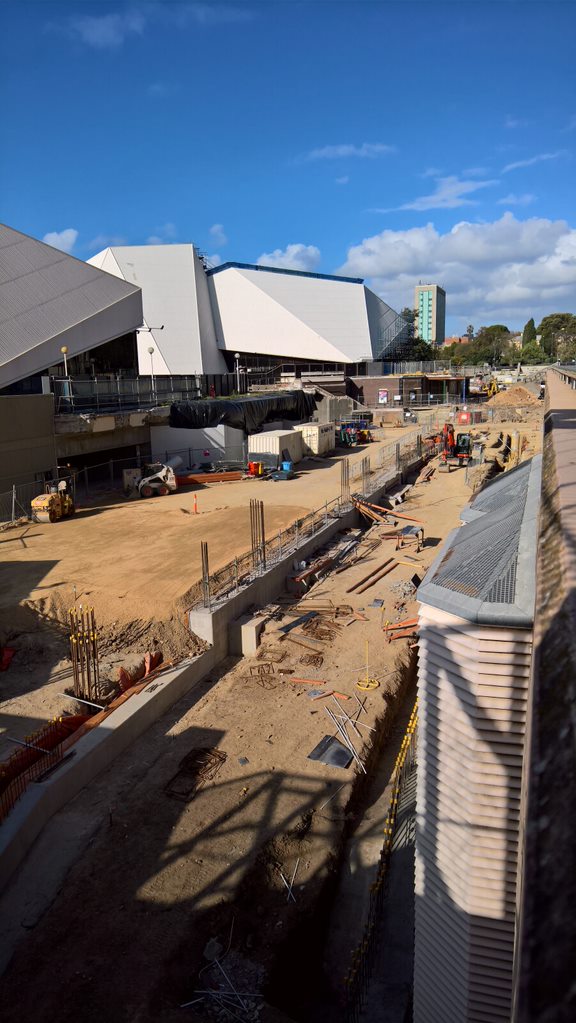 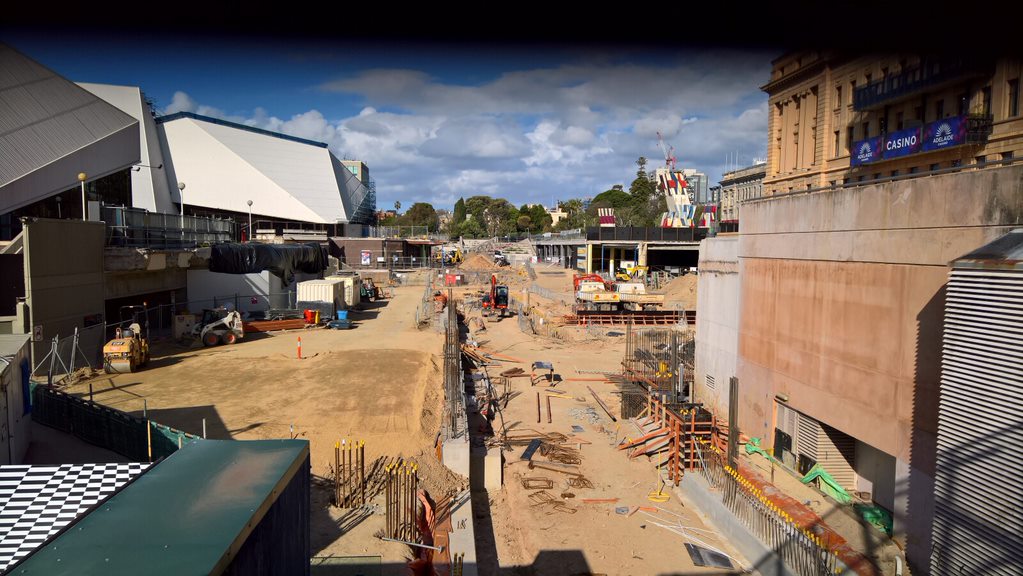 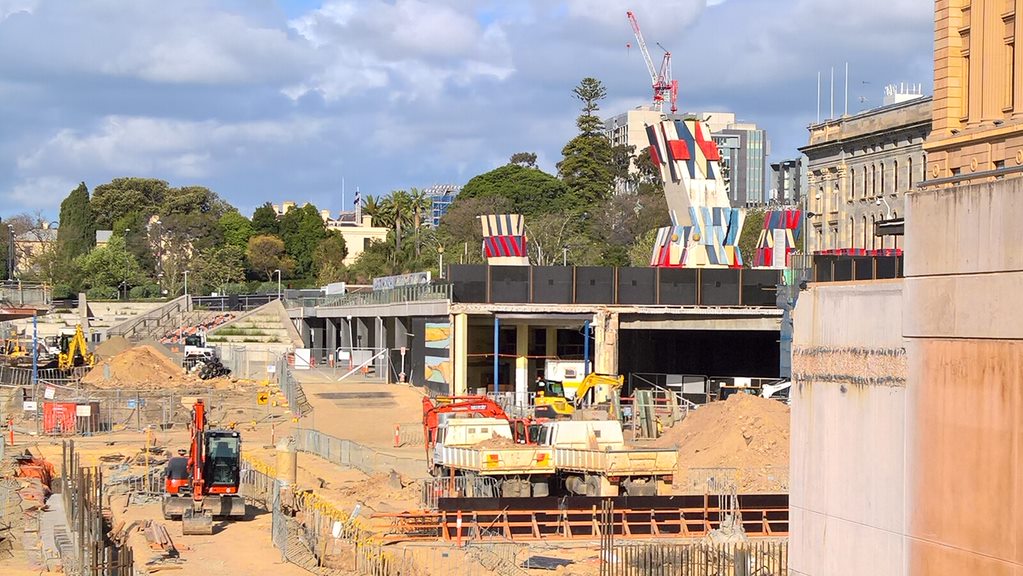 It looks like a few of us here took the opportunity to get a photo before the footy. 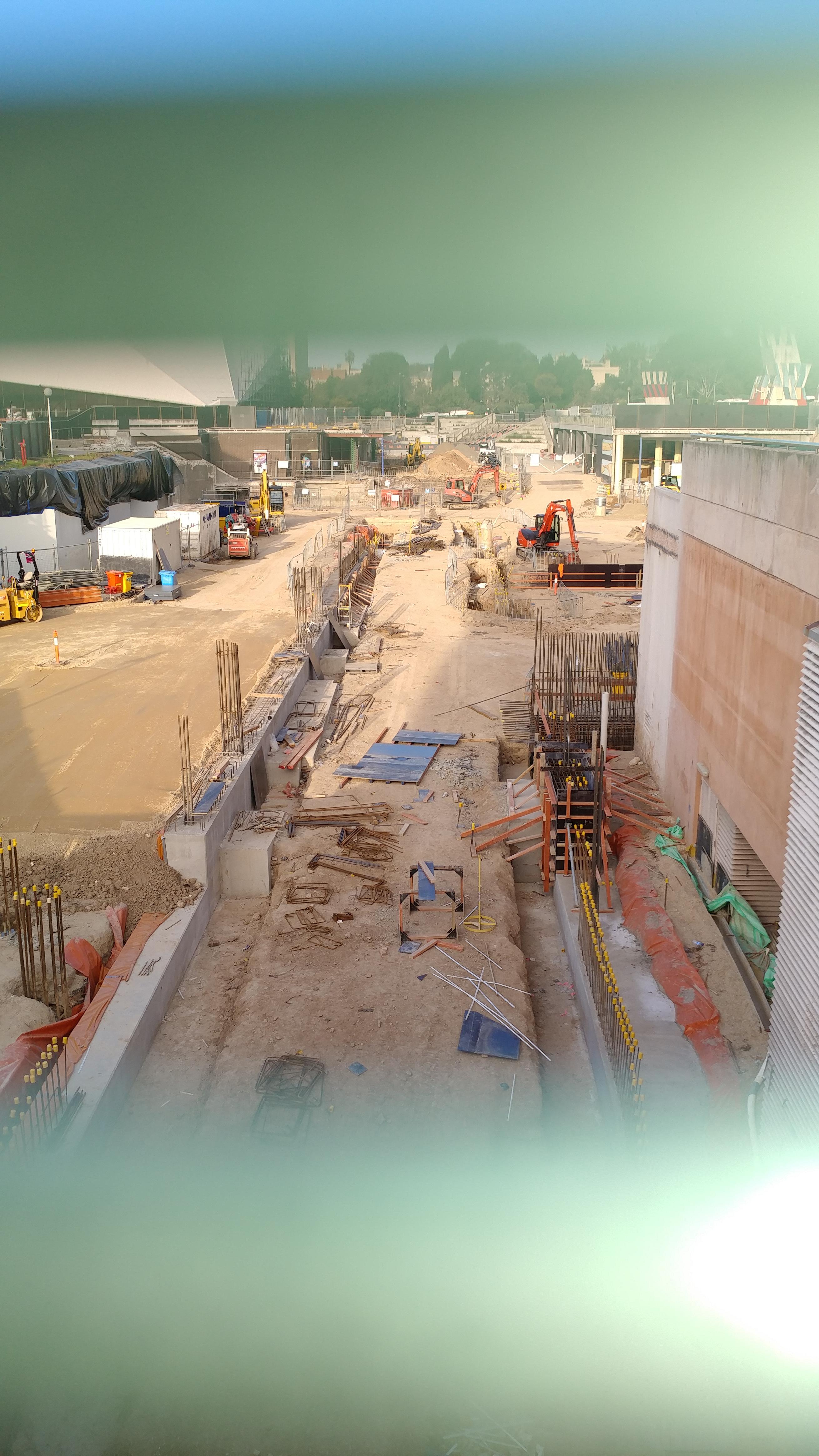 The office tower component of the Festival Plaza redevelopment is described as follows by Walker Corporation:

With the best office accommodation in Adelaide, aimed at 6 Green Star, the twin towers will attract local blue chip companies, interstate and global commercial tenants for the economic benefit of the state, while playing a part in bringing people into the square to be entertained after work. The project will commence in 2016 and is expected to be complete in 2019.

I may have missed it, but is there any indication of who the tenants might be?
Top

Wait, what? Twin towers? Have we all missed something? Pretty sure the render shows just one tower?
Any views and opinions expressed are of my own, and do not reflect the views or opinions of any organisation of which I have an affiliation with.
Top

Twin towers is a bit of a stretch but the Western side is a few levels lower than the Eastern. Just noticeable in this render.