All high-rise, low-rise and street developments in the Adelaide and North Adelaide areas.
Post Reply
1656 posts

Assuming he even gets an invitation to one...
Any views and opinions expressed are of my own, and do not reflect the views or opinions of any organisation of which I have an affiliation with.
Top

And to think that the previous labor government preferred to waste money on a motorsport festival and a pathetic fashion festival which
nobody cared about.

Off topic but as you mentioned motor racing, let’s not forget…

The Adelaide 500 motor race in its current form attracts over 250,000 people each year for the four-day event.

The Adelaide F1 GP used to attract at times over 400,000 people each year for the four day event, and significantly that event still holds the all-time single day ticketed attendance sporting record for Australia – 205,000 on race day 1995 – I recall the atmosphere because I was there, both at the track and Rundle St East for the after party.

Motor racing, via the F1 GP put Adelaide on the international sporting map, the only other event that did that was a cultural related event of The Beatles tour, when 300,000 people lined the streets of Adelaide in 1964. That captured worldwide media attention and recorded in many publications in the news, opinion articles and books over the decades.

Its great tennis is back in Adelaide as an international tournament (of sorts) and obviously more work will be needed to get a better facility to keep it and expand it long term, but please don’t dismiss the important role motor racing has played in lifting the international awareness of Adelaide and its spin off via tourism.
Top 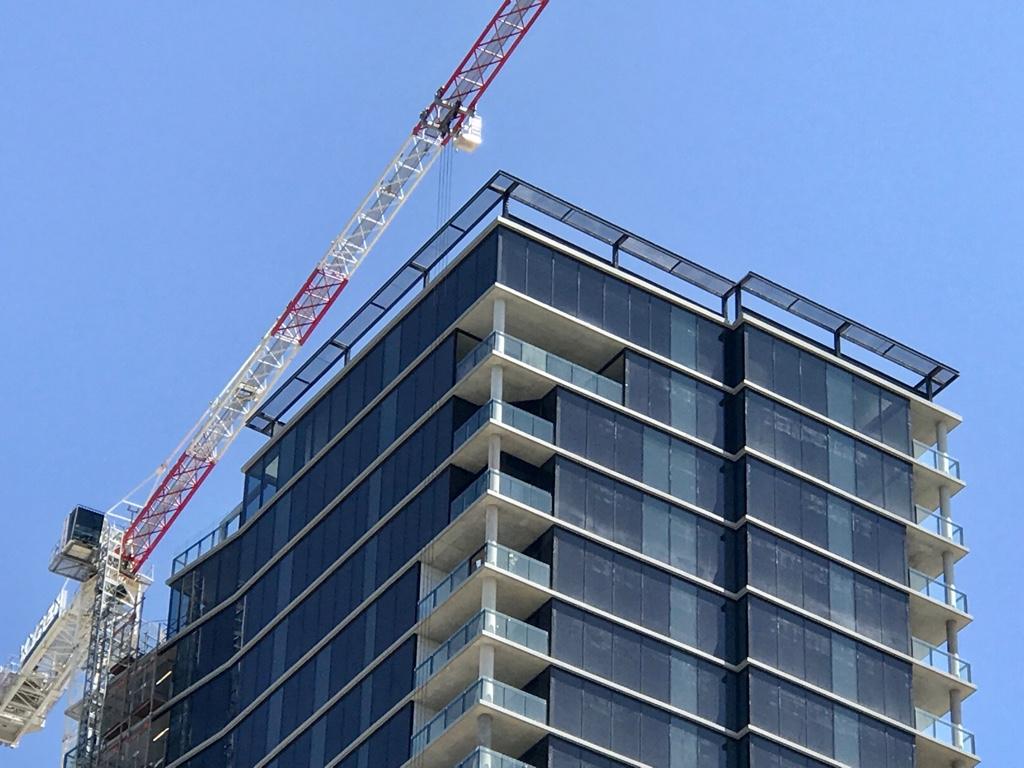 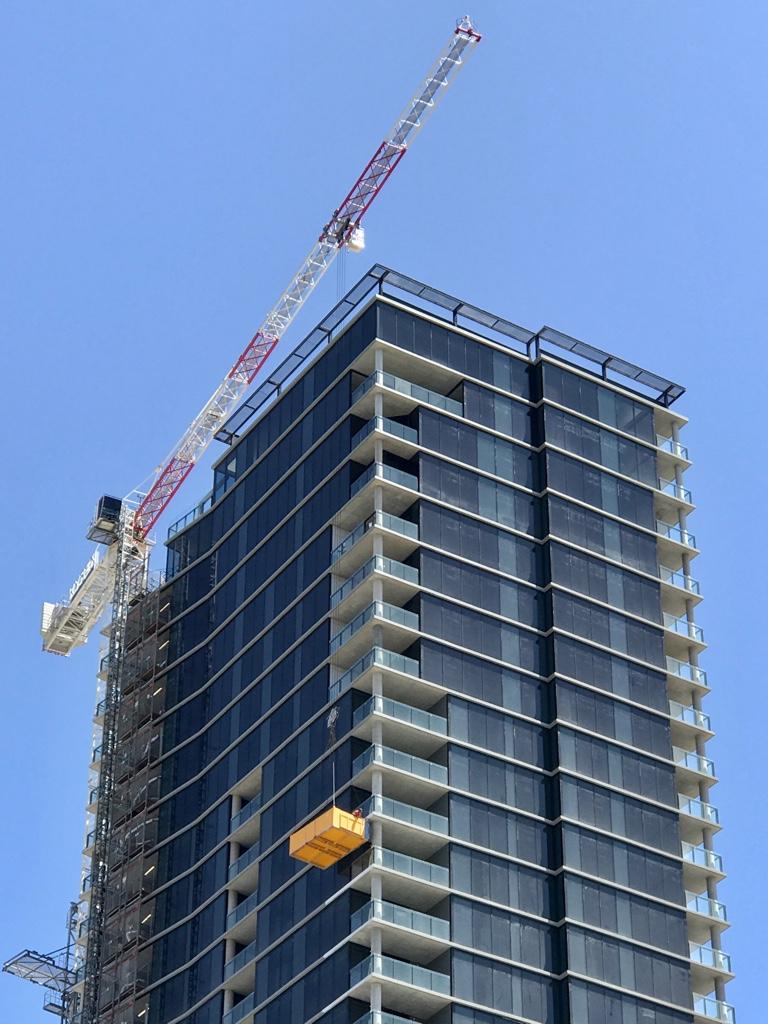 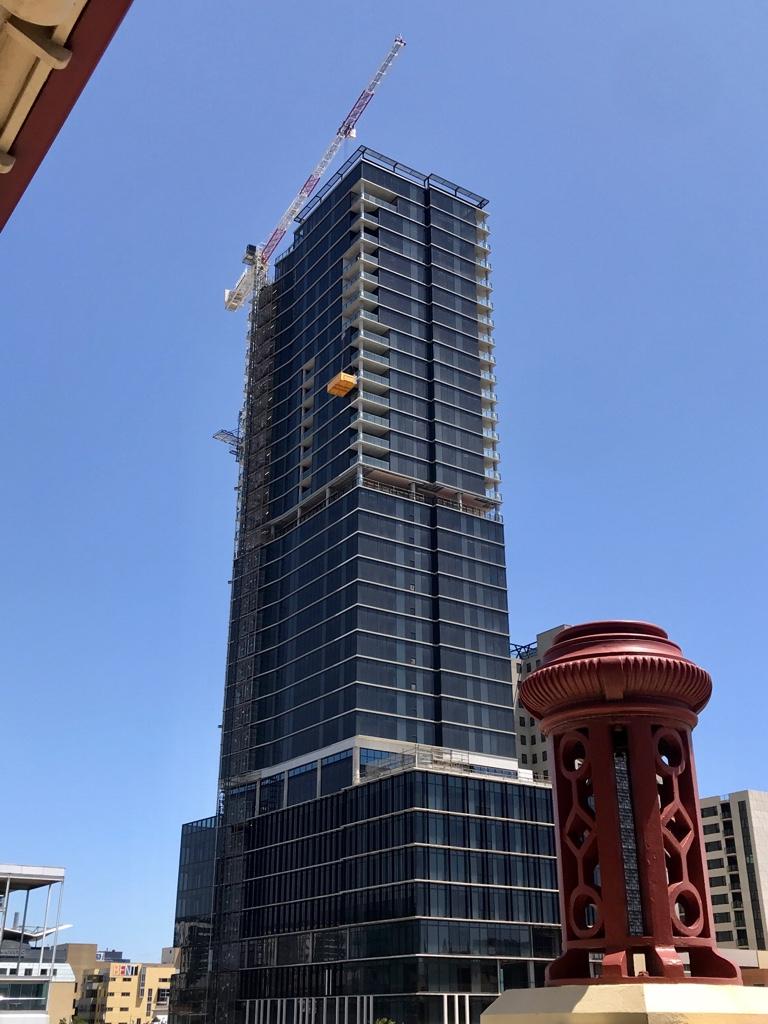 I took this photo yesterday. This is the first time I've looked at this building from this angle across the street. Never realised how gigantic it is standing right in front of it!

Looks like both Realm and Adelaidean have neon roof features. I hope they are better maintained than the ones at the precinct and aurora buildings which both ceased after less than a year. 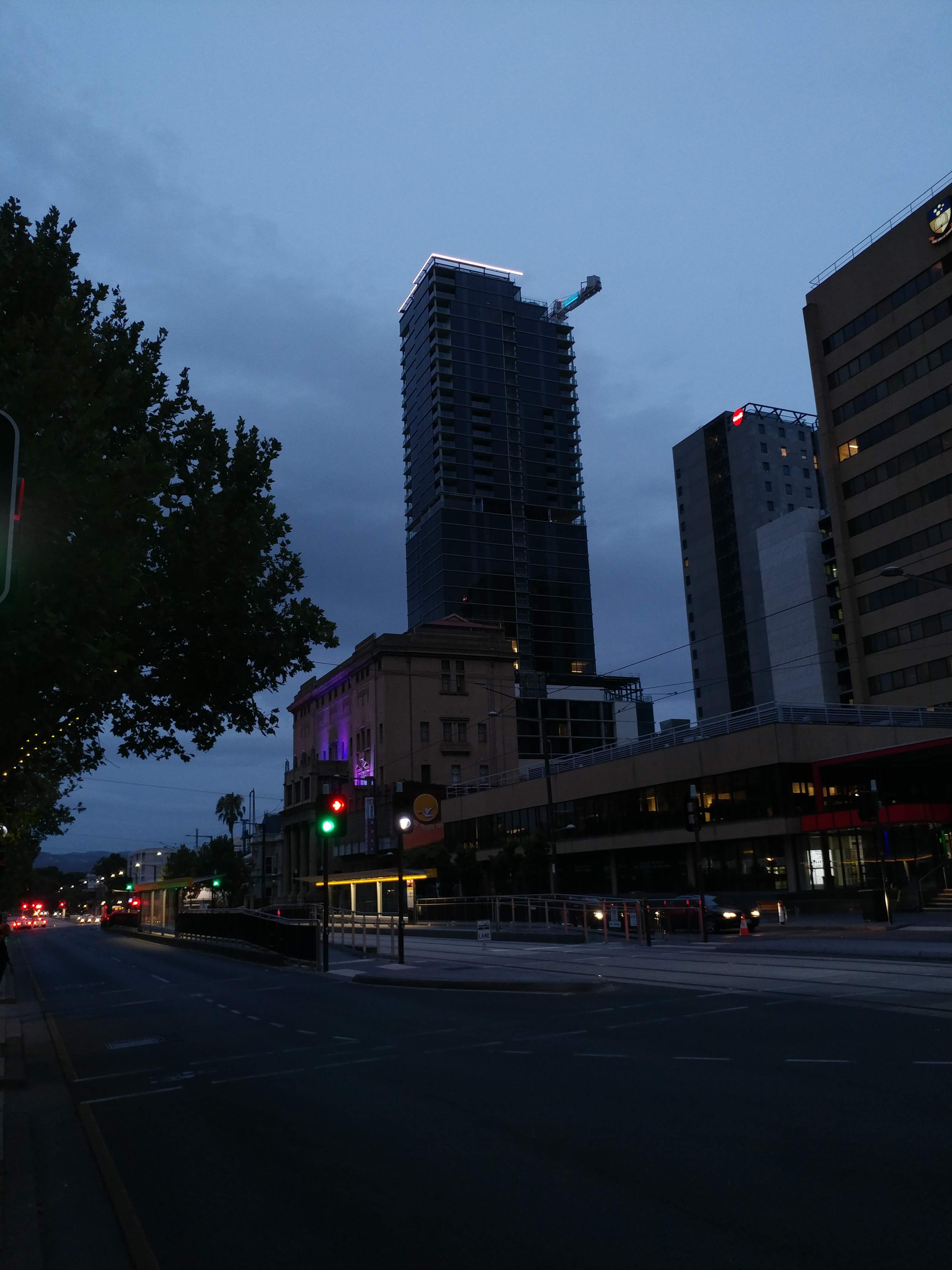 It actually looks quite striking. I also believe the void floors will also have some feature lighting too.
Walking on over....

Pikey wrote: ↑
Fri Jan 24, 2020 8:35 am
It actually looks quite striking. I also believe the void floors will also have some feature lighting too.

That would make a huge difference and a bit of a standout at night.
Top

It was changing colours tonight. At a bit too frenetic a rate (à la riverbank) for me.
Keep Adelaide Weird
Top