All high-rise, low-rise and street developments in areas other than the CBD and North Adelaide. Includes Port Adelaide and Glenelg.
Post Reply
504 posts

Some photos from yesterday 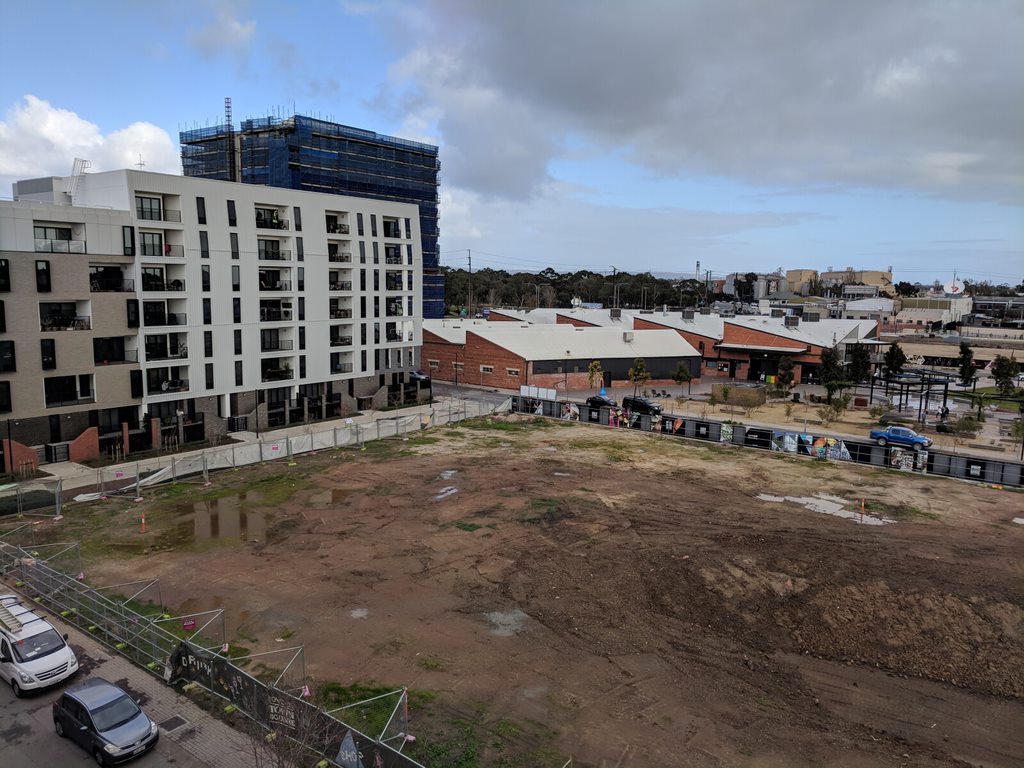 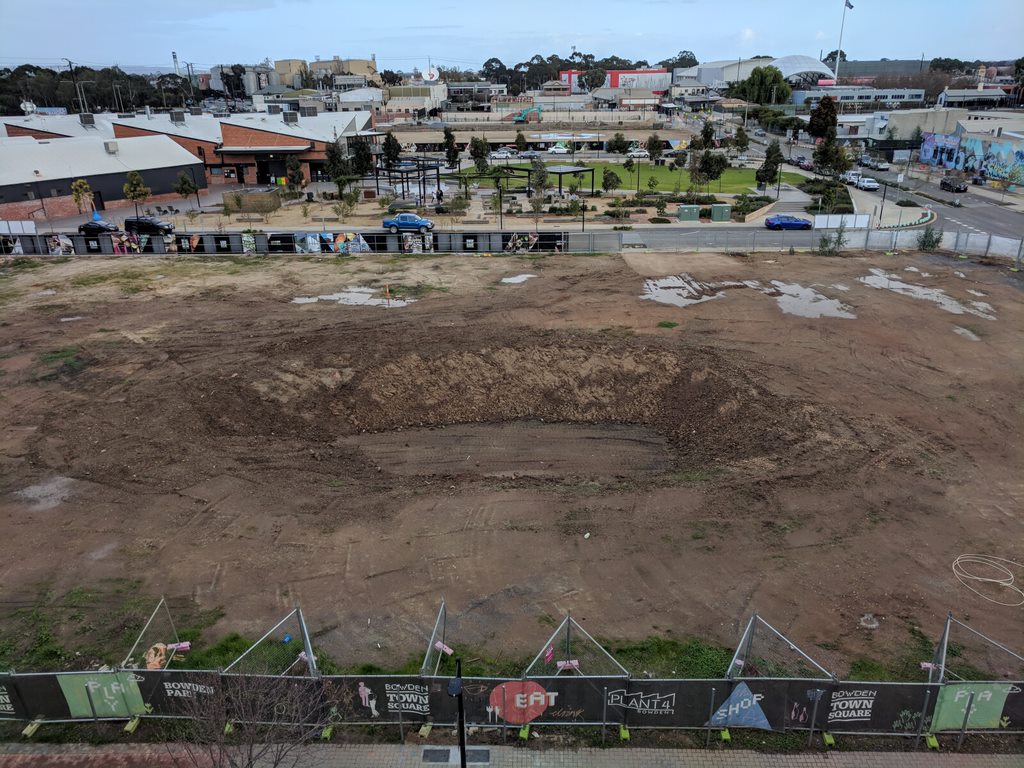 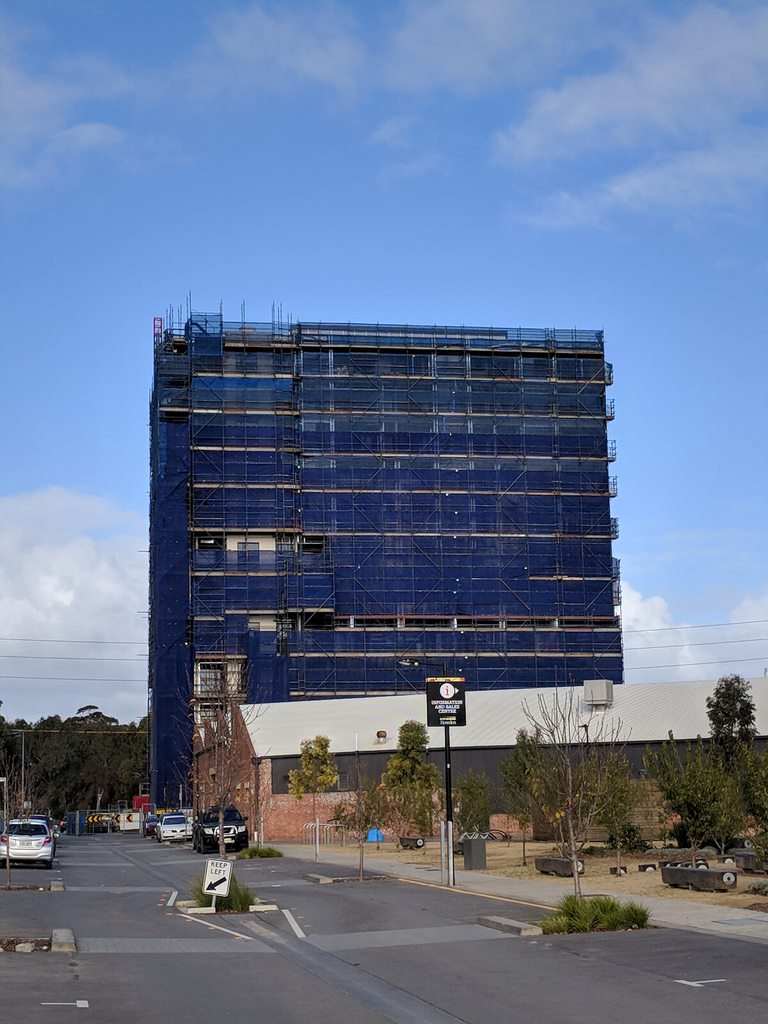 Some pictures of apartments fronting onto Park Tce

Plus . all these picture were taken from roughly the same position on the parklands side of Park Tce (allowing for trees blocking the view).

There's an article in the Advertiser today about the gasworks stage of the Bowden development.

I didn't know this phase was set to kick off so soon - I presumed it would be years away as the development slowly spread westwards away from Park Terrace.

Does anyone know if there are any plans to start building on this part of the site in the near future, or is this a remediation exercise only?

KEY structures of Brompton’s historical gasworks site will be preserved as work begins on the next phase of the $1 billion city fringe development.

An artists’s impression of the proposed Bowden heritage precinct.

The remediation of the area in Adelaide’s inner west is known as the Bowden Heritage Precinct.

Renewal SA Property chief Mark Devine said the derelict industrial region is gradually being transformed into a blend of retail, residential and commercial.

Among heritage structures to be retained include the 21m high gasworks chimney, an imposing bluestone wall along Chief St, the Retort House, the former Purifying House, Carpenters’ Workshop, Works Superintendent’s Cottage and the Chemistry laboratory. In April, bulldozers levelled the old Clipsal factory’s Plant 1 on the site, to the anger of some locals who claimed it was destroying the suburb’s history.

But Mr Devine said the heriprecinct would honour and enhance its rich industrial heritage as part of the wider goal for the area — “marrying old and new in a development of the highest design and liveability standards.”

Mr Devine said: “Bowden as a whole is set to become home to 3500 people, who will have the benefits of living in a near city area, across the road from the beautiful city parklands and with excellent transport connection.

Aerial view of the Brompton gas works in 1964.

“New streets, landscaping and buildings will be sensitively added to articulate and revitalise the site as a thriving precinct of special heritage character, providing a blend of history, culture and sustainability.”

Three years ago, the SA Heritage Council provisionally declared the gasworks — which operated from 1863 to 1964 — as a place of archaeological significance to the state.

Site works will include demolition of selected non-State Heritage listed structures to enable accessibility through the precinct and to showcase the retained structures.

The demolition works are expected to take two to three months to complete.

Remediation work on the former industrial site — led by Australasia’s leading site remediation contractor Ventia — is planned to begin in November and is expected to take 12 to 15-months to complete. Bowden is designed to be a “transport-oriented development” as envisaged by The 30-Year Plan for Greater Adelaide.

The site had long stood dormant as a result of environment issues created by previous heavy industry uses.

Renewal SA purchased the site with a vision to revitalise it as part of the Bowden project.

More than 680 apartments and townhouses have been sold on 20 parcels of land.

A further 319 homes are under construction and building work will start on a further 205 in the next 12 months.

The population is expected to grow by at least 1000 by Christmas. The Bowden development is expected to be finished by 2025 at the latest and is billed as Adelaide’s fastest growing region.

There was a community meeting last week, which is probably where this article has come from. I was supposed to attend, but ended up having to work late so missed it. Going by the previous meeting about it from last year, the intention is to demolish and remediate first, and then some of the public realm elements (the park, refurbishing the existing buildings etc.) Development of new buildings later once the development reaches that point. (For what it's worth, they've been installing services recently along Second St to serve the stage on the Western side of Gibson St near the train line, and will be doing the roads and footpaths soon, so it's slowly moving towards the gasworks site.)
Top

I should have added, they've uploaded some of the update documents that were given out at that meeting to the RenewalSA website.

From my memory of last years meeting, the only thing that has significantly changed is that the Works Superintendent's Cottage is now being retained. The original plan was to demolish it so that "New Road" could continue through to the intersection of East Street and Third Street.


The redevelopment of the former gasworks site, now known as the Bowden Heritage Precinct, is the next phase in the transformation of this former industrial area into a popular city fringe suburb that honours and enhances its rich heritage.

Work will start in late 2018 to transform what is now a derelict and fenced-off industrial site into a lively, pedestrian-friendly neighbourhood combining retail, commercial, residential and community activity. The precinct will balance heritage and contemporary architecture to celebrate the industrial character of the site.

A strategy has been developed to retain eight structures of heritage and cultural significance, reflecting the fabric of the Bowden area.

Site works will start in August 2018 with the demolition of other structures to enable broader development, improve accessibility through the precinct and showcase retained heritage structures. This will also help to connect the precinct with other stages of the Bowden project, delivering on the Bowden Master Plan’s commitment to connectivity. Once demolition is complete, remediation work will start in late 2018 to ensure the site is suitable for its intended use.

I've enjoyed watching the progress of this one every weekday morning.
Our state, our city, our future.

The upper floors of this apartment will have some of the best uninterrupted views over the CBD and Hills, with virtually no chance of them ever being obstructed (a la Adelaidean). Its a shame the architects didn't make more of this with bigger glass balconies & frontages. Nevertheless I still like the look of this building, can't wait until the whole thing is unwrapped.
Top

A full view of park central Park Tce Bowden. 5/11/2018. while the side is pure white the front is cream. this tends to class with the brown (metal) cladding on levels 2,3 & 4 . Are these levels car parking?

A close up of the lower levels. The brick work is ok but the brown cladding looks cheap.

Yes, three levels of above ground parking, no basement levels. The vertical brown screens look okay, but you're right about the ones with the hole patterns — they look like something picked up from the garden section at Bunnings.
Top
Post Reply
504 posts