All high-rise, low-rise and street developments in areas other than the CBD and North Adelaide. Includes Port Adelaide and Glenelg.
Post Reply
32 posts

I imagine there will be quite a few. I can't find the thread but there is an 8 level one about to commence just south of Ashford.

Today I found this other one as well.

This one appears to be full steam ahead. Lots of excavation on site this morning.

Loving the density happening on our main roads. Hope this can continue through to Port Road, South Road and more.

DEVELOPERS have lodged plans for an eight-storey apartment building in Glandore – hoping it could be the spark for more high-rise development along Anzac Highway.
The $10 million-plus proposal at 192 Anzac Highway is the first to full take advantage of the height limit allowed along the road since 2015 in West Torrens Council’s urban corridor zone.
The same developer also wants to build six-storey apartments in Kurralta Park.
Project manager Angelo Polymeneas said the owners, who wished to remain anonymous, hoped to build a quality development that could be an example for others.
The 36 two- and three-bedroom apartments are larger than normal, at a minimum of 90sq m, and the golden facade is meant to reflect the brick houses in the area.
“We wanted it to be really nice so if anyone was going to follow we didn’t want to put up a monstrosity,” Mr Polymeneas said. “It’s nice and funky.”
The plans lodged with the Development Assessment Commission last month include a cafe on the ground floor, along with a carpark.
The first floor is also a carpark, with a car lift rather than a ramp.
Mr Polymeneas said Anzac Highway had a lot of potential for apartment living as a wide boulevard with good public transport – by bus and tram.


“This is almost in the city,” he said.
“In other capital cities, they would be saying, ‘This is perfect’.”
The developers also bought a property at 4 Selby St, Kurralta Park on June 30, where they hope to build a six-storey apartment building.
Real Estate Institute SA chief executive Greg Troughton said it was good to see an apartment proposal farther from the city, since most approved so far were being built on the Parklands fringe.
“Everyone will be watching to see how they go and no doubt will be poised with pen over paper to do same,” Mr Troughton said.
“REISA would certainly be encouraging, as is the State Government, to explore higher-density living and this being on the main thoroughfare down to Glenelg while remaining close to the city will be a great one to watch.”
The Planning Department is consulting on the latest design rules to improve the appearance of new apartment complexes and prevent the overlooking concerns which have plagued developments on Churchill Rd – another main road becoming lined with affordable unit blocks.
“We would certainly hope that the lessons of Churchill Rd, including the quality of the structure, are taken into account,” Mr Troughton said.
“REISA would be hoping that this sort of development may show the way for many more higher-density living options a little further out from the city.”
The department is consulting on allowing up to eight storeys on the Unley side of Anzac Highway.
A 1970s apartment building diagonally opposite 192 Anzac Highway – in Plympton – is nine storeys high.

West Torrens Council is annoyed over this - http://www.news.com.au/national/south-a ... cdbafe52ed
Top

Anzac Highway is the perfect location for medium-rise buildings like this. I would completely support it if it meets the other guidelines. However, a café would be a bit silly, being across the road from a medium sized shopping centre.
Top

A PLANNED eight-storey apartment building in Glandore labelled “an absolute disgrace” has sparked a bid to stop buildings taller than three storeys being built along part of Anzac Highway.

West Torrens Council will attempt to fix its own development plan by lobbying Planning Minister John Rau to strictly enforce the height limit on the strip next to the Glandore character area.

It comes as councillors and nearby residents remain outraged about the proposed eight-storey building at 192 Anzac Highway because it has “taken advantage of a technicality” that relates to that block of the arterial road.

The council voted last week to spend up to $16,000 to submit a statement of intent to Mr Rau, which — if accepted by the minister — would spark a development plan amendment to change that technicality.

Keswick Ward councillor Michael Farnden told the meeting the submission was about fixing a mistake and bringing the development plan in line with community expectations.

“We must stand up to the planning minister for our residents ... and take on this relatively modest financial cost to protect the character of our city,” he said.

The $10 million-plus Glandore project is the first to take advantage of the eight-storey height limit allowed along Anzac Highway in the West Torrens urban corridor zone.

The site does not directly border the character area because of an unusual “hammerhead” allotment to the south, which effectively puts a small buffer between the land and the character zone.

Character zones have stricter rules as to what can be developed in order to protect the distinctive nature of the area.

They must be sympathetic to the existing streetscape, with setbacks and scales to the same degree as neighbouring houses.

Homes in the Glandore character area are — for the most part — villas, inter-war bungalows, Spanish mission and Dutch colonial-style dwellings.

If the site directly abutted the character zone it would be limited to three storeys, under the West Torrens development plan, instead of the eight-storey capacity of the urban corridor zone.

Cr Arthur Mangos said the proposed building was “an absolute disgrace” and “just not correct or fair”.

Cr John Woodward told the CoastCity Weekly a development amendment would not seek to stop the development at 192 Anzac Highway, but ensure it could not happen elsewhere in Glandore.

He said the amendment would specify a three-storey height limit for all land in the urban corridor zone between Beckman St and South Rd to protect the character area.

Building plans for the Anzac Highway development include 36 two- and three-bedroom apartments, 36 parking spaces and a cafe on the ground floor.

Their application is under consideration by the State Commission Assessment Panel.

It was classed as a category one development, with no opportunity for the local community to make submissions.

So they made the rules, now they want to change them because only now are they realising their own stuff up?

Anzac Highway is ripe for this sort of development along the corridor. Precedent already exists with medium rise density buildings at Ashford Hospital / aged care facility, the Towers Apartments and developments down Glenelg way.
Any views and opinions expressed are of my own, and do not reflect the views or opinions of any organisation of which I have an affiliation with.
Top

Let's just remind ourselves that this isn't a technicality — that "hammerhead" is a whole 30m deep lot. It very very clearly does not border the character area both literally and in the spirit of the regulation. 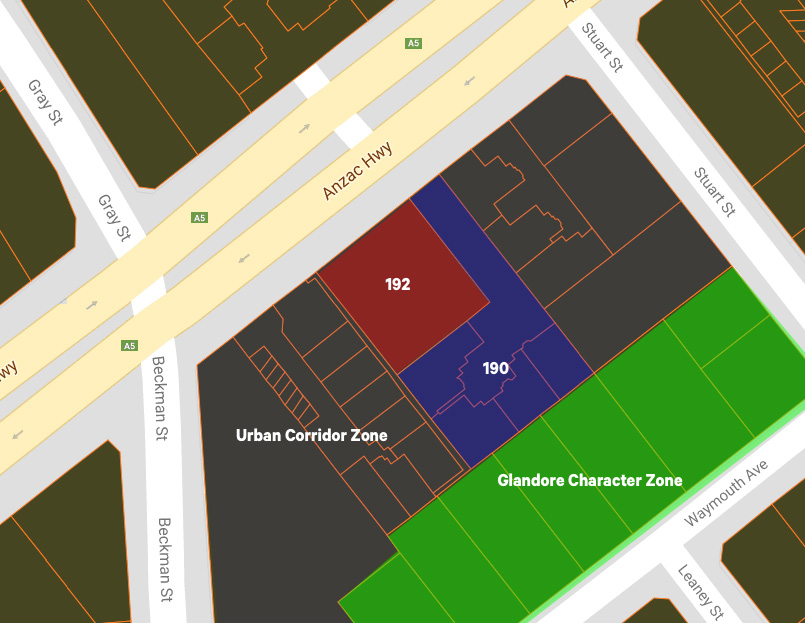 Was driving down Anzac highway earlier today. There is a vacant block on the corner with Beckman Street at Glandore, whereby the previous 1 level building has been demolished, and a banner has been erected on the fencing around the site. Although driving, I glimpsed that it included an image of a 8-10 level building, that appears to be called “Orion Apartments”. Couldn’t find anything on the internet. Unfortunately did not have time to stop and have a good look, and won’t be in Adelaide for the next few weeks.
Top

Will wrote: ↑
Sat Dec 23, 2017 7:10 pm
Was driving down Anzac highway earlier today. There is a vacant block on the corner with Beckman Street at Glandore, whereby the previous 1 level building has been demolished, and a banner has been erected on the fencing around the site. Although driving, I glimpsed that it included an image of a 8-10 level building, that appears to be called “Orion Apartments”. Couldn’t find anything on the internet. Unfortunately did not have time to stop and have a good look, and won’t be in Adelaide for the next few weeks.


I went past the site today and took a few pics of the hoardings. It appears to be a 10 storey building with retail space underneath. Design is average, with cream rendered brick and some greenery the main feature of the building. 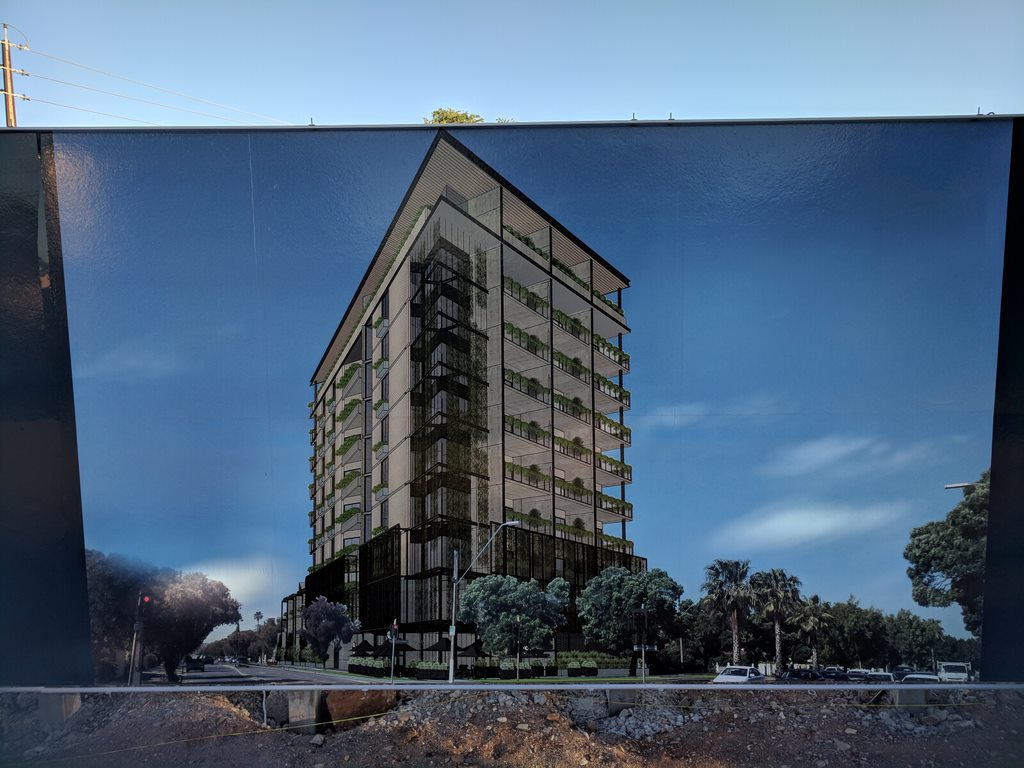 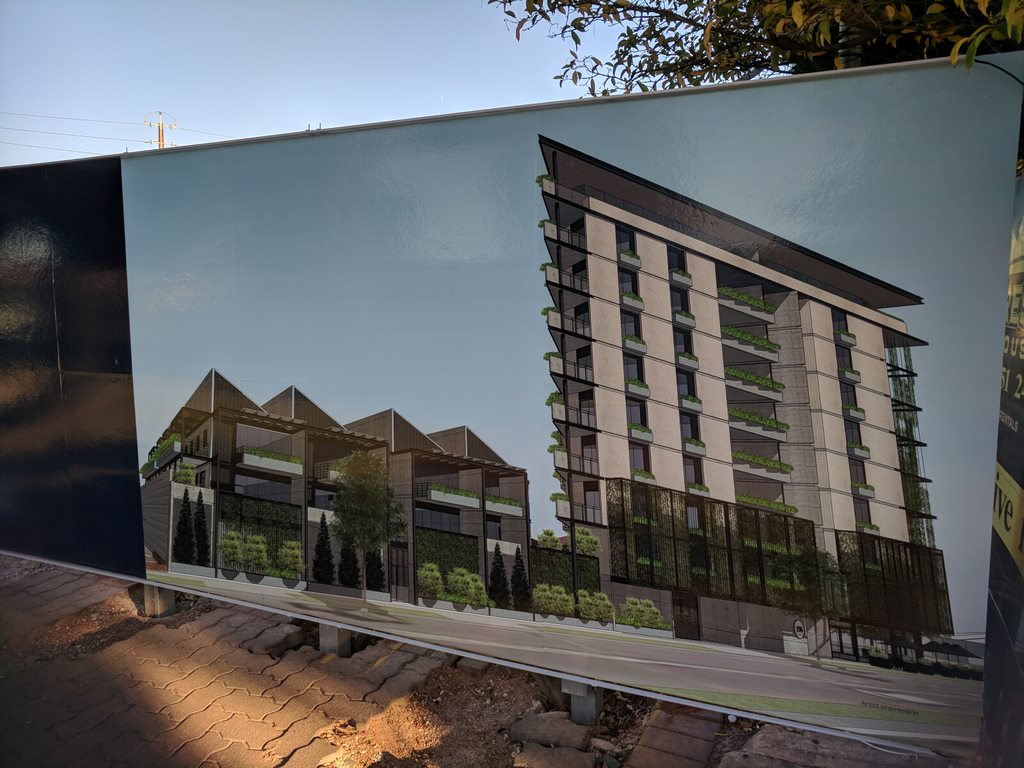 Also, an update on 99 Anzac Highway. This project has now topped out. 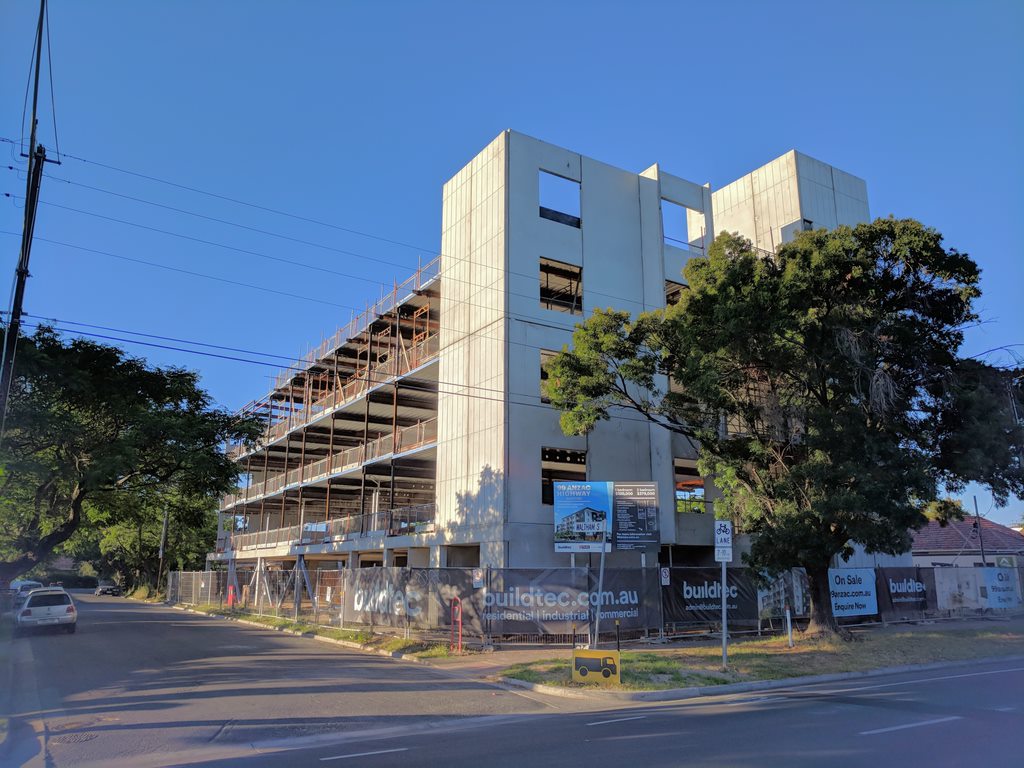 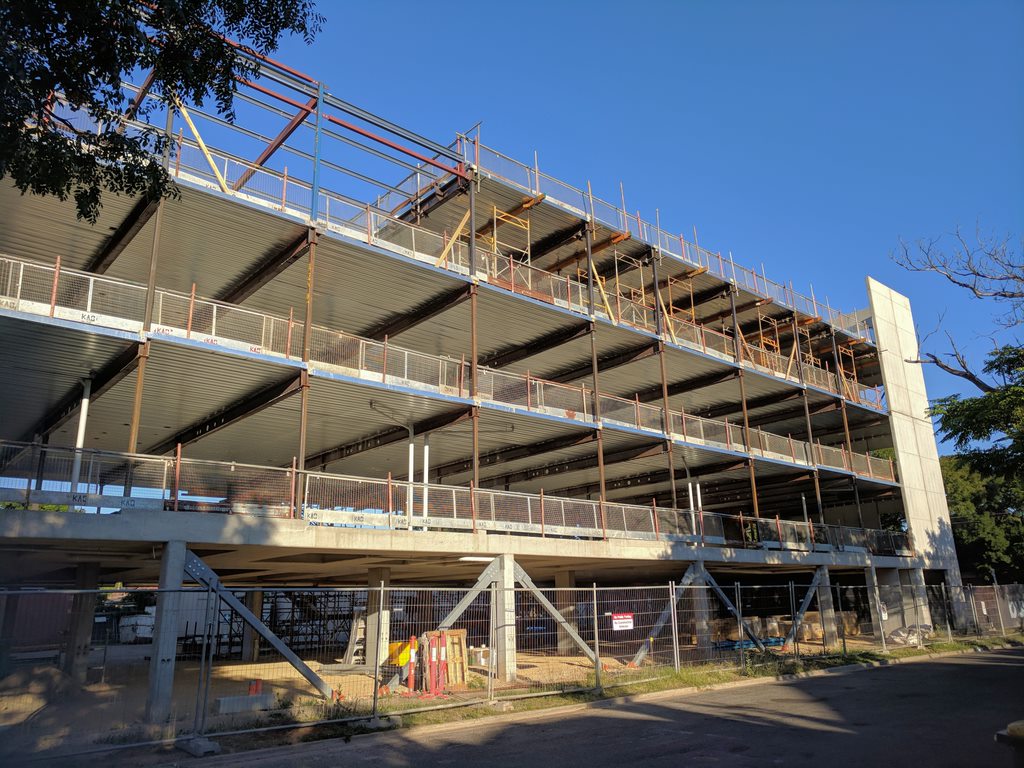 There is a black fence around 26-28 Anzac Highway, near the Ashford Hospital. The website on the banner redirects you to this website: http://arcadianproperty.com.au/anzac-highway/
Top

Here are the plans and renders for 192 Anzac Highway 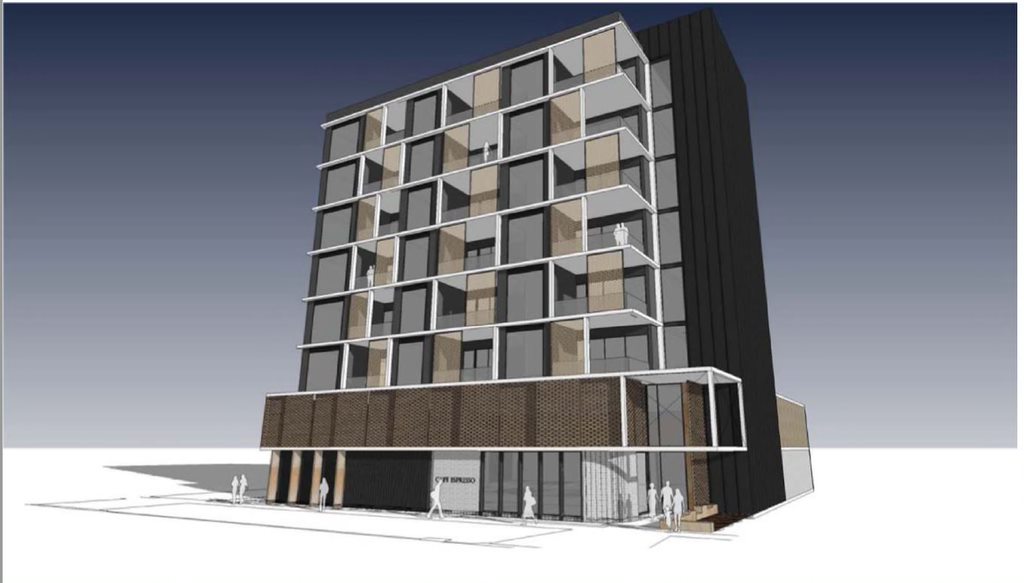 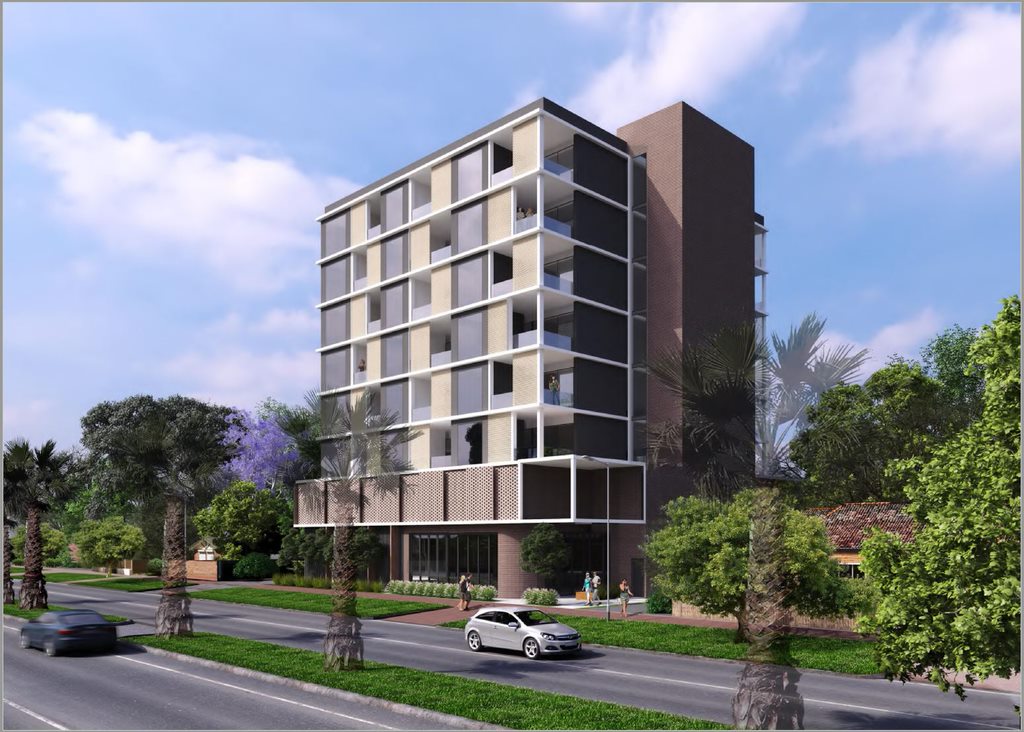 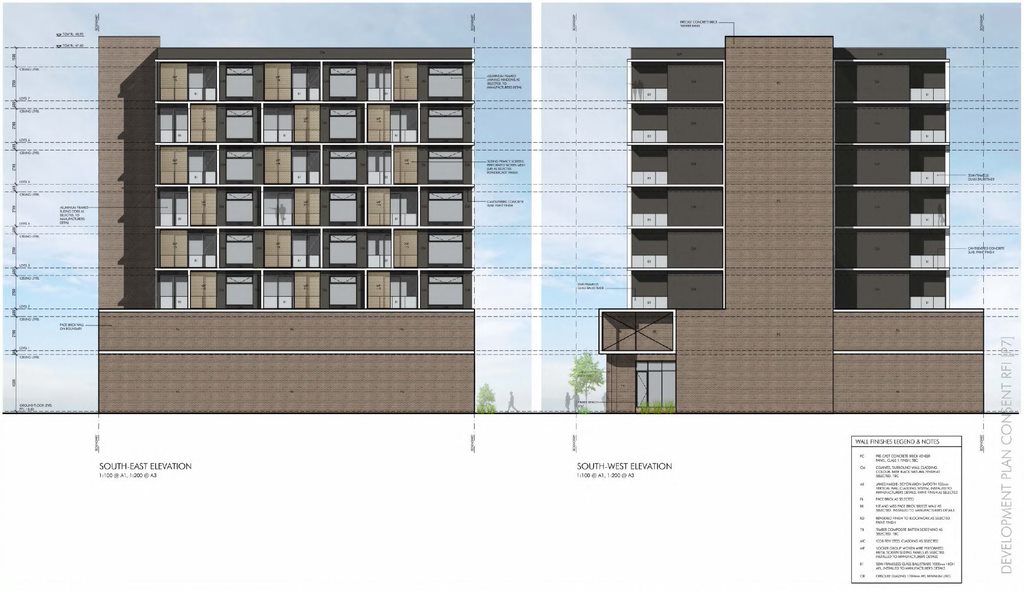 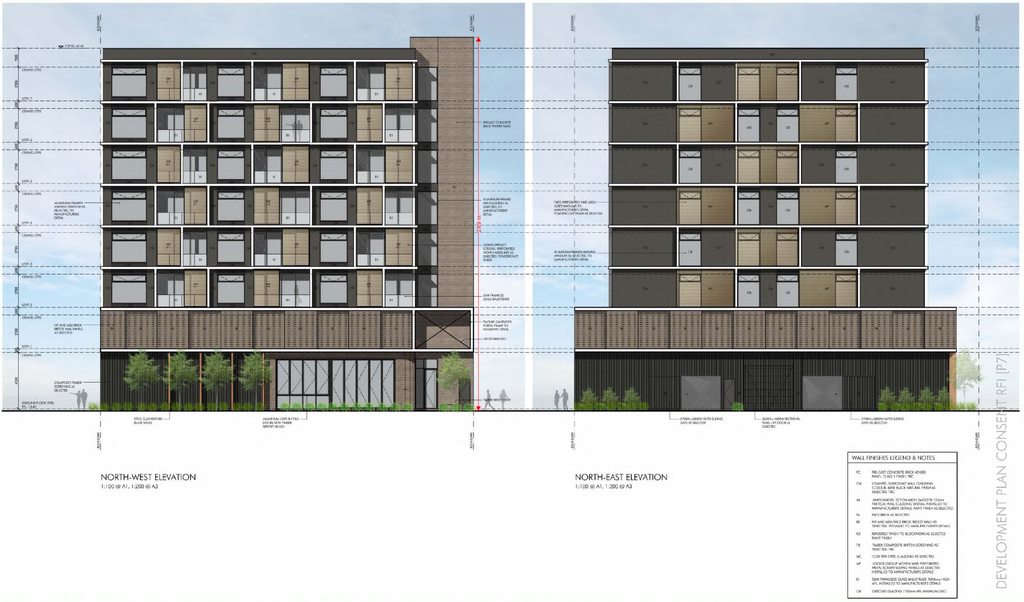 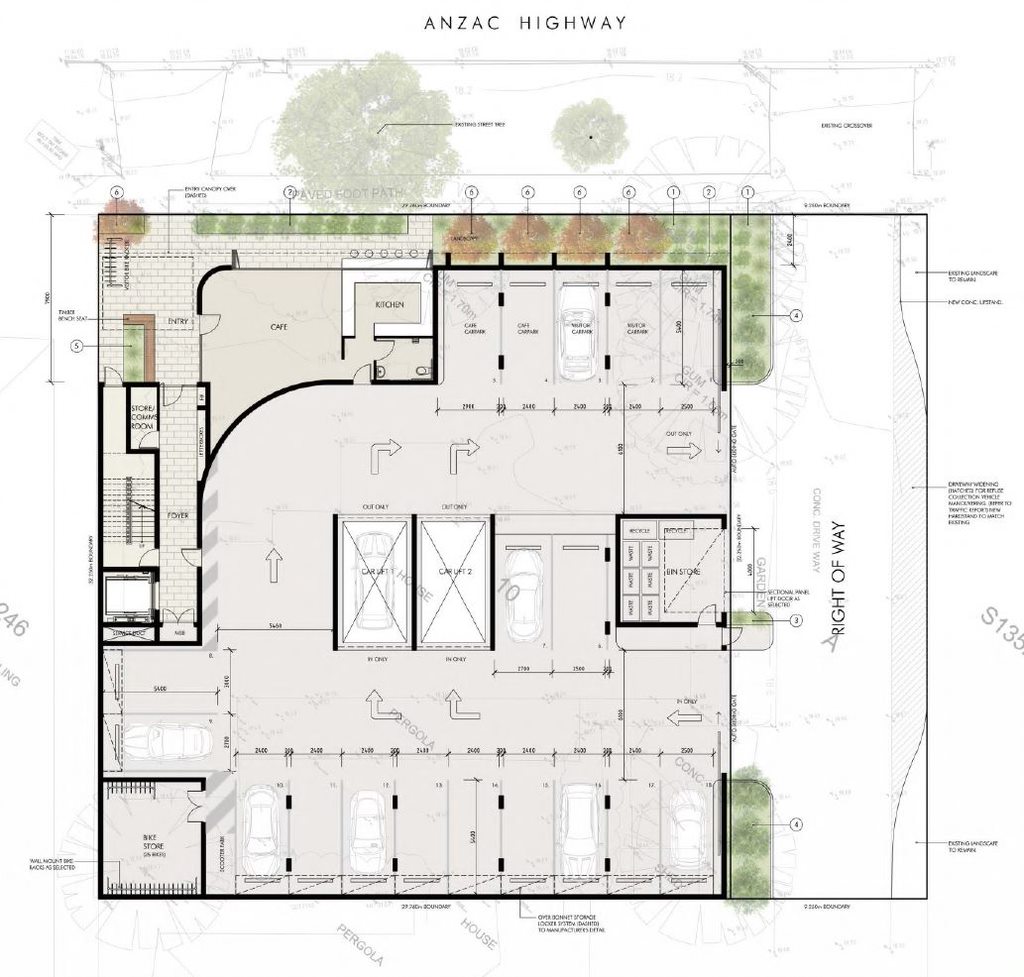 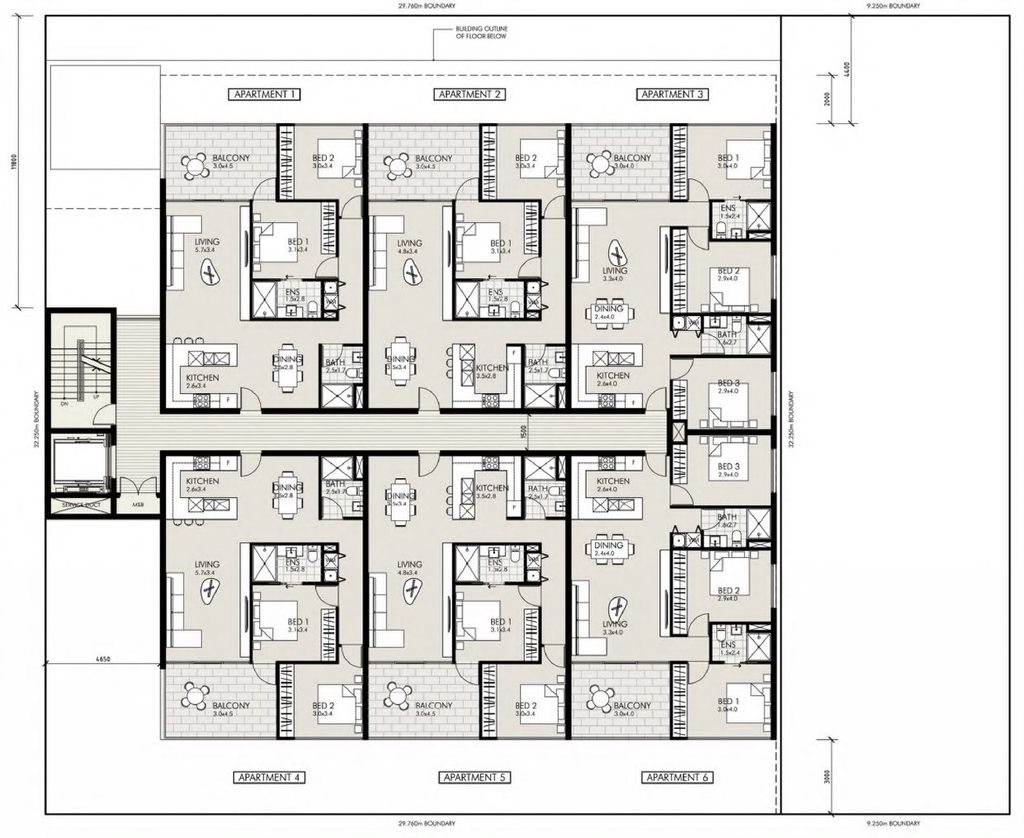 It's very 70s but in a modern way. I'll be interested to see how this one turns out.
Any views and opinions expressed are of my own, and do not reflect the views or opinions of any organisation of which I have an affiliation with.
Top

if only the landscaping along Anzac Highway was up to the standard shown.
Top
Post Reply
32 posts