Port Adelaide isn't the only historical waterfront undergoing a controversial renewal. The Belgrade Waterfront development (https://www.belgradewaterfront.com/en/) has had its fair share of criticism. The scale of these plans is much larger of course, but sounds eerily familiar. It's Heritage v Development in South-eastern Europe.

It was little more than a large hole in the ground sprouting a platform of scaffolding in a weed-strewn abandoned lot behind an old rail depot on the bank of the Sava River in Belgrade, but it will soon become a sparkling new downtown area replete with skyscrapers, five-star hotels, and luxury apartments -- accompanied by a huge amount of controversy.

Since the 1920s the waterfront area around the main train station was an eye sore for Belgrade, the capital of Serbia in southeastern Europe. It was essentially a disconcerting, empty hole smack in the center of the city. Various initiatives have been proposed over the years to bring the city down to its waterfront to create a new social and commercial epicenter, stimulate the local economy, as well as to simply make use of a centrally located area that was being neglected.

Then in the spring of 2012 a plan for redeveloping Belgrade’s waterfront was revealed. While on a cruise along the Sava River, Serbia’s First Deputy Prime Minister Aleksandar Vucic sat before an ensemble of cameras and presented his city’s ambitions to his distinguished guest, Rudolph Giuliani. This great initiative was pragmatically christened the Belgrade Waterfront project. Two years later an investor emerged, and one of the biggest urban renewal projects in Europe gained momentum.

This investor was not a local power player or even a wealthy construction baron from the west of Europe or even from Russia, but Mohamed Alabbar — the man runs the Abu Dhabi-based development firm Eagle Hills, who is best known for founding Emaar, the company responsible for building the Burj Khalifa, the world’s tallest building, and the Dubai Mall, the world’s largest shopping mall. In addition to their U.A.E. developments, Eagle Hills has been active internationally, carrying out projects in 14 countries that are worth upwards of $20 billion -- including a prospective 700-square-kilometer, 5 million person new city district in Cairo.

Alabbar’s biggest selling point was that his company would not only come in and develop Belgrade’s waterfront or merely provide the loans for such, but that he would do it all with his own money. $4 billion of pure foreign direct investment was committed to Belgrade to build a world-class, uber-modern downtown district unlike anywhere in the entire region. Essentially, an Abu Dhabi company promised to show up with bags of money and Serbia basically gave them free reign to do what they wished.

And what Eagle Hills wished to do was to was to build Belgrade a venerable city for the rich. Covering an expanse of 177 hectares, the new development would feature a million square meters of luxury apartments for 17,000 people, 750,000 square meters of office and commercial space, along with a clutch of five-star hotels, a wall of skyscrapers that will feature the tallest building in Southeastern Europe, an opera house, and the largest shopping mall on the continent -- which altogether was projected to create 13,000 much-needed jobs. This wasn’t just a project that would add to the urban offerings of Serbia’s capital city but would change its face completely.

Sounds good — Belgrade is a city that is still reeling from the fallout of the breakup of Yugoslavia, has an unemployment rate that's north of 20%, in a country where the average monthly wage is a mere $425. In point, they could really use Abu Dhabi's $4 billion.

In January of 2014, Vucic, who would soon become Serbia’s Prime Minister, and Eagle Hills's Mohamed Alabbar publicly reveled the master plan for the Belgrade Waterfront, and the biggest development project in Serbia's history was officially unleashed.

Meanwhile, the people of Belgrade were caught off guard. The entire project was reputedly planned in secret, with no public participation. Having been classified as a project of national significance — like an airport or military base — Belgrade Waterfront was fast tracked, which meant that certain bureaucratic hurdles could be sidestepped -- such as the otherwise mandatory competition for the project’s architectural design. (The government claimed that there actually was a competition, but it was held in Abu Dhabi and no Serbian architects were apparently invited, and who actually designed the project is still unknown). There was also no open bidding process for the tender, as is standard operating procedure. When it was highlighted that Serbia’s government was violating its own laws, such as the building codes which are outlined in Belgrade’s General Urban Plan, they reputedly just changed the laws.

Due to this and other factors, the Belgrade Waterfront project has not been well-received by a large segment of Belgrade’s population; their discontent being succinctly summed up by local architect Ljubica Slavković:

“A megalomaniac project backed by the promise of Abu Dhabi money is forcefully pushed forward by sidestepping laws and ignoring existing urban fabric, in order to secure the future identity of Serbia and its capital.”

“It's like a bad joke,” said Mirjana Milanovic, a Serbian architect who is based in Amsterdam. “It’s just another shopping mall in a country that has no money to buy anything.”

Protests against the project have been raging in Belgrade for the past couple of years; some of which attract crowds of more than 10,000 people, who parading with signs and giant yellow ducks. Why the ducks? Because in Serbian “duck” sounds the same as the word meaning fraud.

"The government said there would be no tender because ‘we have the best investor already,’” one protester was recorded as saying in a BBC report. "I don't mind cleaning up the trash - but not when the price is giving away the land where the trash stood. Making expensive housing doesn't have any benefit to the citizens. Leaving it as it was would have been better - we would have been richer for a future when we could have developed it as we wanted."

There was certainly a lot of trash on the construction site of the Belgrade Waterfront project, which was tucked within an under-utilized area between the city’s train station and the riverbank. The railway workers who were living here in barracks, more than 88 families, and the “Gypsy” squatters have already been cleared away. Homes have already been demolished. This part of the building site was essentially a kilometer or two of crumbling tarmac, knee-high weeds, and refuse — Belgrade’s derelict backyard. I stood for a while and watched workers monkeying up the scaffolding which surrounded what would become the 20-story, two tower BW Residences — a luxury housing complex whose units have already gone on the market.

I continued walking up the river to the Savamala neighborhood that would be included in the northern section of the project. This too was a long-neglected area of ornate, though crumbling, historic buildings — the most fortunate of which have been converted into graffiti-coated bars, cultural centers, and art collectives. Some of the houses were well on the way to becoming ruins; their roofs had long collapsed, attracting local artists to moved in and turn them into open air galleries. The neighborhood was the heart of the city's independent economy, and has rapidly transitioned into a trendy area for young locals and action-hunting tourists.

At the heart of Savamala was the once opulent Belgrade Cooperative Building. This 6,000 square meter, 111 year-old landmark once served as a bank, but then endured a long period of being abandoned — occasionally serving as a set for the filming of horror movies. It was this building that Eagle Hills decided to turn into its local headquarters, and they were granted free rights to it for three years on the condition that they restore it.

This is now the place to go for information on the Belgrade Waterfront project, but there isn't really much to discover other than a giant scale model of the project and showrooms of the apartments that are available for sale. I looked over the model, which was prominently displayed in the building's main room. It showed a swath of cliche modern architecture abruptly rising up next to a couple blocks of historic buildings in Savamala.

Besides the backroom dealings that the Belgrade Waterfront project arose from, the biggest criticism of it is that its design simply doesn't work for Serbia. Renders of the project show the new waterfront development rising up from land that is completely flat — as it is in the U.A.E. — rather than the sequence of hills that Belgrade is actually built upon. The Academy of Architecture of Serbia warned the government that "The Belgrade Waterfront is a complete failure and no addition of supposed corrections at a later date can help it live in a way that meets the technical demands and the potential of the space into which somebody would like to move it" and that the design is "unsightly, fabricated, professionally absolutely unacceptable and unfixable."

As it all washed out, a formal joint venture between the Serbian government and the Eagle Hills company was signed in April of 2015 that looked a little different than what was originally promised. Rather than the Abu Dhabi developer showing up a bag full of four billion dollars, Eagle Hills would reportedly invest $160 million and then provide Serbia with an additional $300 million in loans -- however, later reports pegged the actual FDI at a mere $20 million. Whatever the case, Eagle Hills would take a 68% cut of the profits and a lease on the land for 99 years.

“The good hope is that in Belgrade almost everything always fails,” Milanovic concluded. “So let's hope for the worst because that would be the best.” 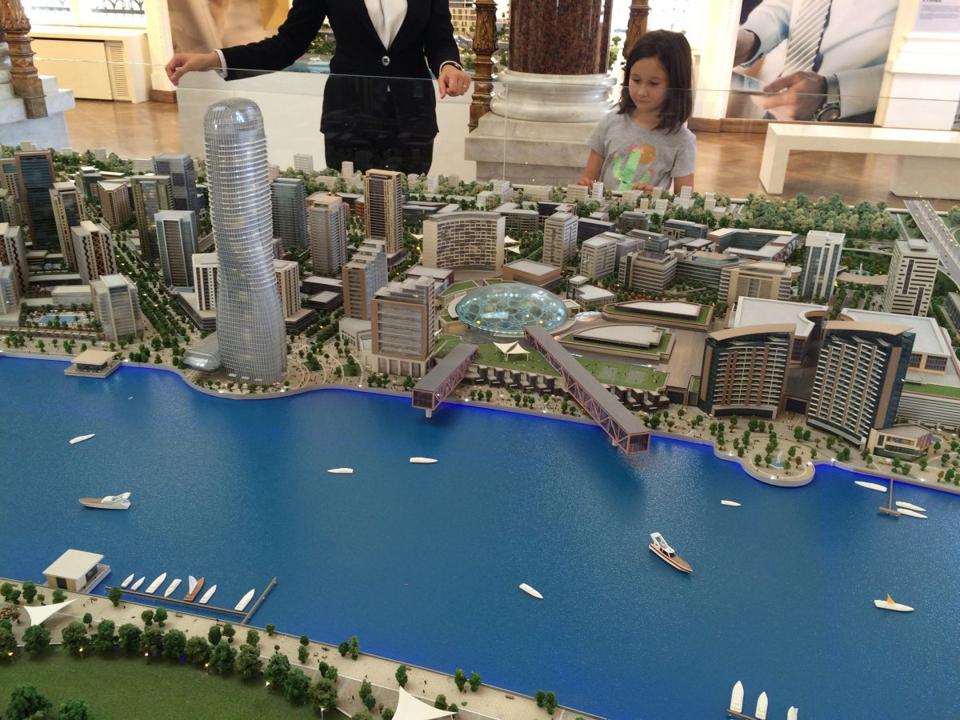 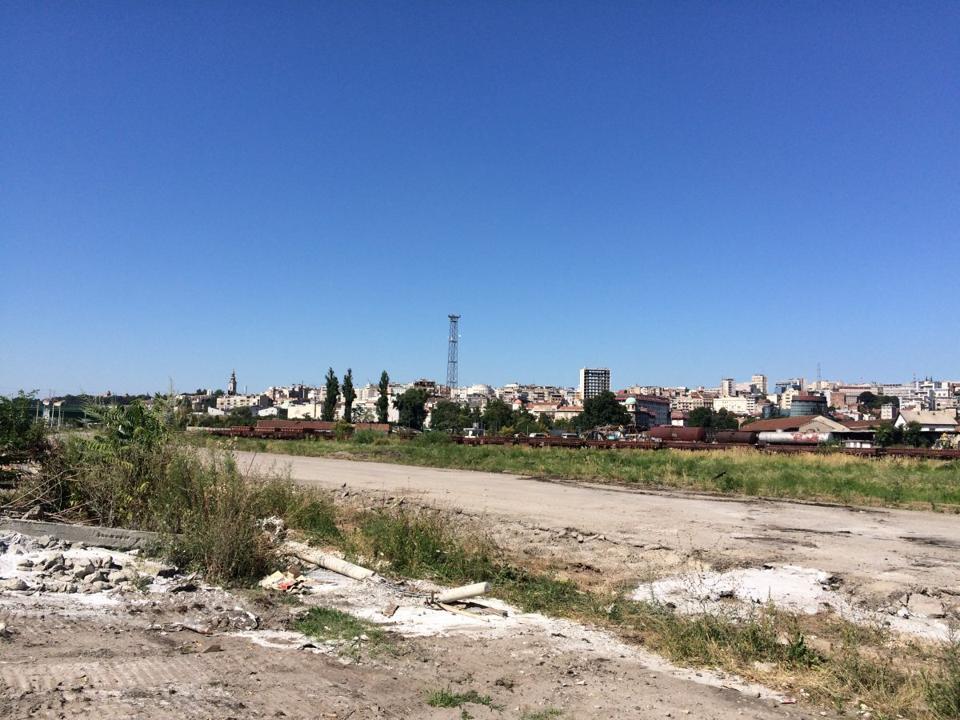 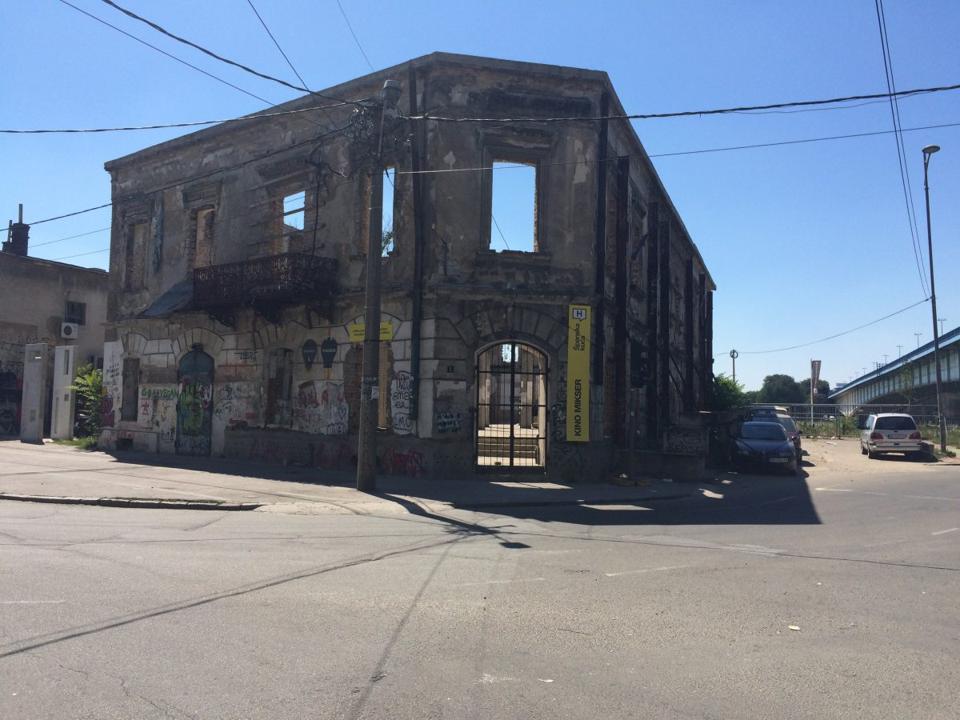 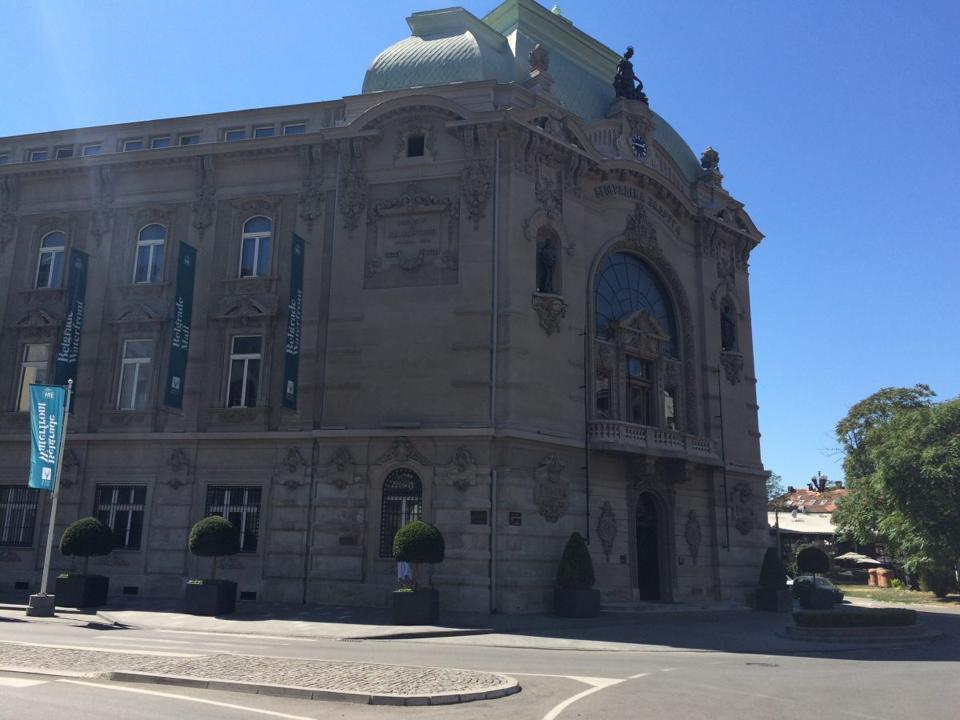 Return to “Beyond South Australia”